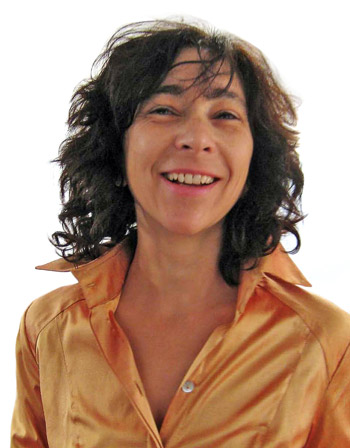 Neveu mixes multiple forms of art to deliver new insights into language and culture. She will give a reading of her work at the Okanagan Regional Library, 1380 Ellis St., Kelowna, at 7 p.m. on Thursday, September 19.

Neveu’s book of poetry Coït, recently translated into English, (Angela Carr/ BookThug) is described as a conceptual and intimate experiment where the reader becomes a collaborator in the finished work. It refers not only to the act of coitus, but to movements in unison, such as choreographed gestures from dance.

Neveu’s writings are featured in a new course Shearer teaches in UBC’s Dept. of Critical Studies.

“The timing of the translation was perfect because I always hoped to include work by Neveu in my new course called La poésie québécoise / Quebec Poetry, which will bring together French- and English-program students in one course, ” says Shearer.

Students will read and write in their respective languages, with course texts available in both French- and English-language versions. Neveu has offered to do a creative workshop in both French and English, where students will have an opportunity to work with her on their own creative process.

“Translation not only promotes interest in other literatures, but it also prompts really interesting discussions about the translation process and I expect we’ll have many fascinating conversations on that topic, ” says Shearer.

Magazines in Canada, the US and France have published Neveu’s texts, and her writings have been produced in various media and stage adaptations.

The Visiting Author series is sponsored by the Faculty of Creative and Critical Studies, UBC Okanagan campus Bookstore, Okanagan Regional Library, UBC Okanagan campus Pride Resource Centre, and the Canada Council for the Arts. A diverse roster of Canadian literary figures will offer free public readings during the coming season.