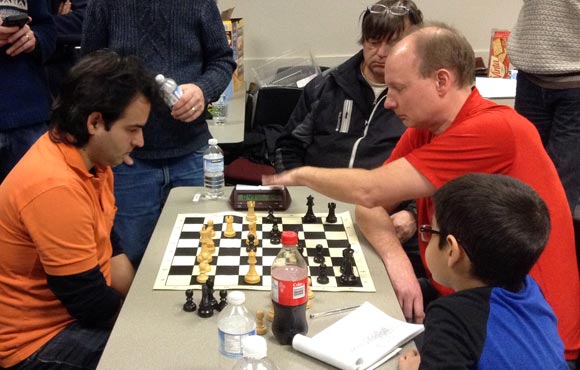 Jose Yunier Bello Cruz (left) plays Graham Swett in the final match of the tournament as fellow competitors look on.

Both Swett and Bello Cruz were undefeated going into the final game of the day, which finished with a standing ovation by the audience.

Dominikus Noll, a visiting professor of applied mathematics from the University of Toulouse, placed third in the tournament.

This was the fifth year that the tournament was held at UBC’s Okanagan campus.

“This was the strongest field of players we have ever had at UBCO,” said Tournament Director Greg Bishop. “The tournament is attracting players from a lot of different countries.”

Tournament organizers would like to thank the UBC Bookstore for sponsoring the event. The money raised will send students Omkrishna Shah and Mathew Levasseur to the BC Open Chess Championships next month in Richmond. 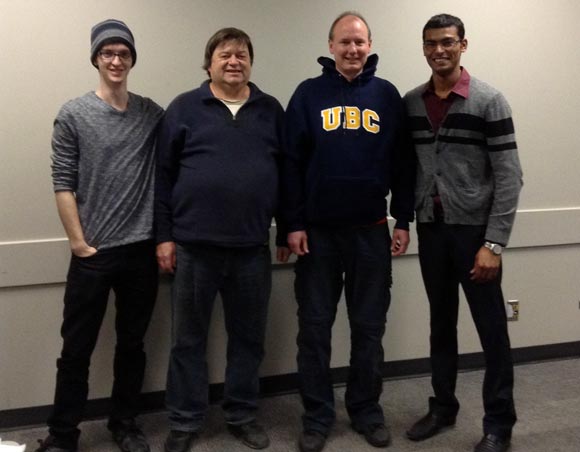