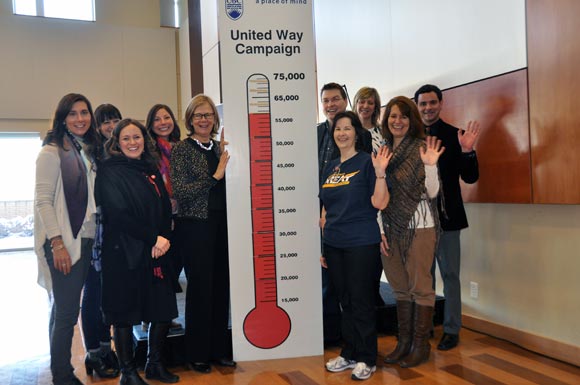 There were smiles all around on January 31 as Deputy Vice Chancellor and Principal Deborah Buszard announced the grand total to be donated to the United Way from UBC’s annual campaign.

The campaign started in October with the goal of beating last year’s total of $55,000. This year, thanks to support from events like the brown bag breakfast, book sale, bake sale and silent auction, along with faculty and staff donations, $57,000 has been raised for the United Way. 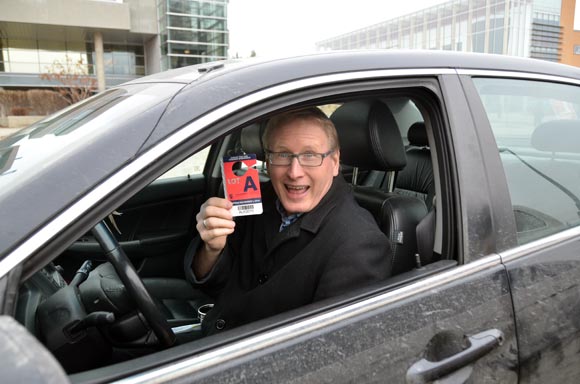 Community Service Learning Program manager Phil Bond is also all smiles as he enjoys parking privileges in Lot A after winning the draw for donating to the United Way before the early bird deadline of November 15.