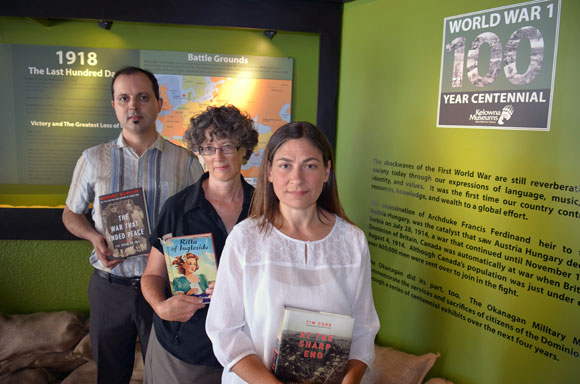 Anderson Araujo, Nancy Holmes and Lisa Grekul, seen here at the Okanagan Military Museum, will give presentations marking the 100th anniversary of the First World War at the Canadian War Museum during a conference from July 31 to August 2.

The University of British Columbia Okanagan, the University of Ottawa, and the Canadian War Museum are marking the 100th anniversary of the beginning of the “war to end all wars” with a conference on Canadian war literature and a distinguished speakers series in Ottawa, July 31 to August 2, 2014.

For nearly a century, Canada’s role in the First World War has elicited a range of critical and literary responses.  Academics, writers, and journalists are meeting for the Canadian Literature of World War One International Conference at the University of Ottawa to examine, debate, and celebrate this literature.

Three scholars from UBC’s Faculty of Creative and Critical Studies will make presentations at the conference:

“This conference and lecture series are a significant contribution to the upcoming anniversary assessments of the legacy of the Great War,” says Holmes.  “The conference aims to investigate Canada’s participation in the First World War from literary, aesthetic, critical, political, historical, cultural, and other perspectives.” 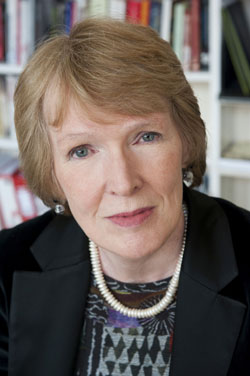 In conjunction with the conference, drawing attendees from across the country and Europe, three distinguished speakers will give free public lectures.

The authors’ books will be for sale at each event.

There will also be presentations on a variety of Canadian writers whose work covers the wartime period, including Joseph Boyden, Timothy Findley, Stephen Leacock, Charles Yale Harrison, and L.M. Montgomery, as well as papers on key issues such as memorials, trauma, journalism, and women during the war.

The conference is also open to the public but requires a registration fee. For registration and presentation details, visit: worldwaronelit.ca

For information about the conference and speakers’ series, please contact: