Burtynsky, who was presented with an honorary doctoral degree from UBC Okanagan in June 2013, is the first guest of this year’s Distinguished Speaker Series. In his Landscape of Human Systems presentation, Burtynsky presents a collection of his work, including large-scale colour photographs and recent film footage. While his large photographs will be displayed behind him, he will discuss the technique behind his image-making as he explores society’s troubling relationship with nature.

Born in St. Catharine’s, Ontario, a town dependent on auto assembly plants, he grew up in a heavily industrial yet picturesque part of the country. He started taking pictures at age 11, shortly after his father purchased a used camera and some darkroom equipment. He earned his degree in photography from Ryerson University, and studied graphic art at Niagara College.

Burtynsky’s imagery explores the link between industry and nature, and the damage society has done to the planet through mining, quarrying, manufacturing, shipping, and oil production. His remarkable large-format photographic depictions of global industrial landscapes are included in the collections of more than 50 major museums around the world, including the National Gallery of Canada, the Bibliothèque Nationale in Paris, the Museum of Modern Art, and the Guggenheim Museum in New York.

In 2006, Burtynsky became an Officer of the Order of Canada. His other distinctions include the TED Prize, the Outreach award at the Rencontres d’Arles, the Roloff Beny Book award, the Rogers Best Canadian Film Award, and the Award in Contemporary Art from Toronto’s Museum of Contemporary Canadian Art.

Burtynsky’s The Landscape of Human Systems takes place at the Kelowna Community Theatre, 1375 Water St, on Wednesday, October 22, at 7 p.m. His visit is presented by the Irving K. Barber School of Arts and Sciences, in collaboration with the Faculty of Creative and Critical Studies, as part of UBC’s Distinguished Speaker Series.

This event is free and open to the public, but pre-registration is required. To register, visit: speakers.ok.ubc.ca/2014/burtynsky 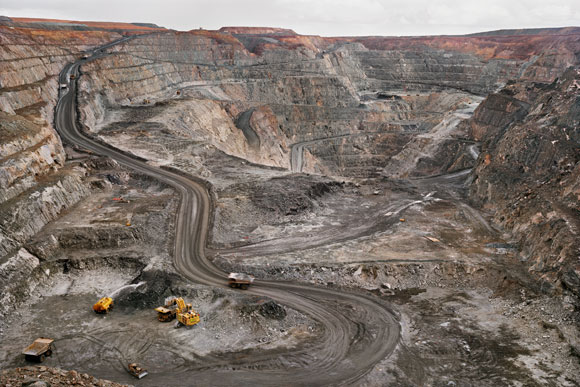 Edward Burtynsky has spent decades photographing modern society’s troubling relationship with nature. His Landscape of Human Systems presentation on October 22 is a combination of new photographs and film production that document his findings.