Award-winning Jay Ingram speaks about the science of Alzheimer’s 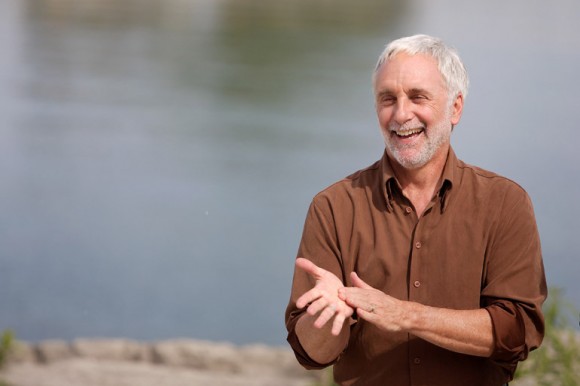 Award-winning writer and broadcaster Jay Ingram is UBC Okanagan’s next distinguished speaker. He will discuss the science of Alzheimer’s on Wednesday, February 25 at the Kelowna Community Theatre.

Jay Ingram describes Alzheimer’s as a wicked disease that society has ignored for too long. While much research has been done on memory loss, the cruelty of Alzheimer’s is the tragic effect it has on the life of the patient, and how it devastates those left to care for a person who no longer knows who they are.

In his latest book, The End of Memory, the award-winning science author explores the mystery of Alzheimer’s and how it attacks the brain. And he raises valid questions: where did it come from? Why weren’t we talking about it 50 years ago? Do we understand what is really going on in a patient’s afflicted brain?

German neurologist Alois Alzheimer first diagnosed the disease in 1906. While it’s been recognized for decades, Ingram argues research money set aside for Alzheimer’s still trails far behind funding for other deadly illnesses such as cancer and lung disease. And as society continues to live longer than previous generations, more and more people will be diagnosed and begin the long, lonely demise of Alzheimer’s.

Ingram says it’s time for a rethink on how we deal with Alzheimer’s. Being informed, he says, is a good thing and his goal with his new book is to help people understand the disease. Ingram will unravel some of the mystery of Alzheimer’s at UBC Okanagan’s Distinguished Speaker Series in Kelowna on Wednesday, February 25.

Ingram is an iconic Canadian writer and broadcaster, hosting several shows including CBC’s Quirks and Quarks and Discovery Channel Canada’s Daily Planet. His book The End of Memory: A Natural history of Alzheimer’s disease will be available for sale and signing at the Distinguished Speaker Series event.

The Science of Alzheimer’s is presented by UBC Okanagan’s Irving K. Barber School of Arts and Sciences, and takes place at the Kelowna Community Theatre, 1375 Water St. The event is free and begins at 7 p.m.