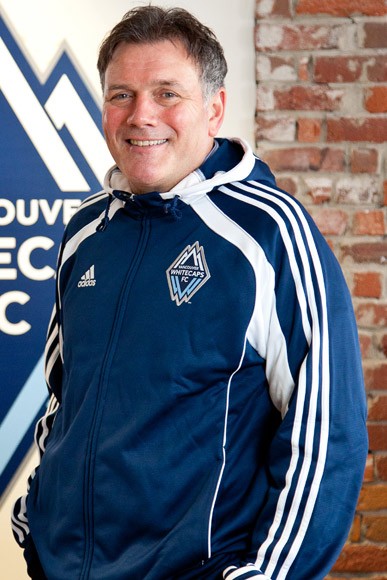 Vancouver Whitecaps president Bob Lenarduzzi will be in Kelowna and the keynote speaker at the 10th annual breakfast. Lenarduzzi has been involved with the football club for more than three decades, excelling as a player, coach, general manager, director of soccer operations, and now as club president.

He started playing with his hometown Caps in 1974 in the North American Soccer League (NASL) and he was a key member of the 1979 Whitecaps NASL Soccer Bowl championship-winning team. He has represented Canada 47 times as a player, helping the team qualify for the 1984 Olympics and 1986 FIFA World Cup Mexico.

He has been with Whitecaps and 86ers through the team’s growth and was instrumental in securing Vancouver’s Major League Soccer (MLS) franchise in 2009, establishing the Whitecaps of today. That same year, Lendarduzzi and the rest of the 1986 Canadian National Team, the only national team to date that has qualified for and played in the World Cup finals, were inducted into the Canadian Soccer Hall of Fame and Museum. 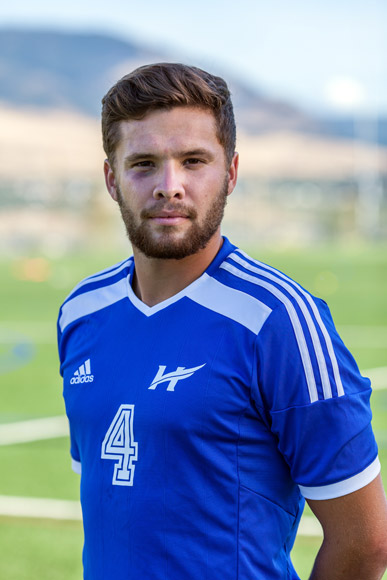 Captain of UBC Okanagan men’s soccer team, Donald “Manny” Straith, will be the student speaker at the breakfast. Straith has been playing soccer even before he could tie his own laces, and has played three seasons with the Heat, earning the title of captain in his second, third and fourth years. This fall, the team debuted in the Pacific Division of the CIS’ Canada West conference, winning three of its first four league games. It was strong inaugural season for the team, landing in fourth place and a berth in the Canada West playoffs—making it the most successful entry into CanWest soccer in history.

Johnson says Straith, who came to UBC Okanagan from Victoria, is a great example of the type of students UBC’s varsity athletics program aims to recruit. A team  leader on and off the soccer pitch, a strong student and an excellent athlete, he spent a semester in Spain with UBC’s Go Global program last year, and has been a member of the Heat Athletics Council since his first season.

“Our goal is to attract high-achieving students with the athletic ability required to be competitive at the national level,” says Johnson. “We recruit these students from within the Okanagan Valley, throughout the province, and across the country. Our Athletics Breakfast Scholarship Endowment helps us provide the financial assistance needed to attract and support these outstanding UBC student athletes.”

Johnson explains that being a UBC student athlete requires a substantial commitment of time and effort throughout the entire academic year. UBC is dedicated to providing the financial support to these students to ensure both a successful academic and a quality athletic experience. The Athletics Breakfast Scholarship Endowment helps build the varsity athletics program.

UBC matches every dollar raised at the Valley First/UBC Okanagan Athletics Breakfast and overall more than $500,000 has been raised for the Athletics Scholarship Endowment. As a result, $12,800 in awards is available to student athletes this year.