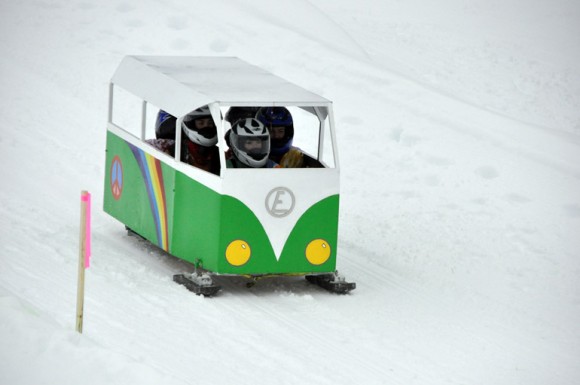 The VW van makes it to the finish line during the slalom event at Big White.

UBC Okanagan was the host university this year and the races took place January 24 at Big White. While race conditions were not ideal, due to heavy fog and rain, the competition went ahead as planned and the host team came away with a toboggan load of trophies.

Team captain Jordan Stepan, a fourth-year civil engineering student, says the team of hippies and the VW bus proved to be highly competitive and he is proud of the five trophies collected by the team. Stepan also notes the UBC Okanagan team was among the top three in almost every competitive category.

This year’s competition brought some 430 students from 17 universities to Kelowna.