UBC’s TEDx offers up a super slate of inspirational presenters

Speakers include an Olympic medallist and the professor who speaks Kryptonian

What: TEDxUBCO
Who: More than a dozen innovative thinkers
When: Sunday, March 29, 9 a.m. to 4 p.m.
Where: University Theatre, UBC’s Okanagan campus, Kelowna

UBC Okanagan students have taken the TEDx format of informative, short, and inspirational speeches, and created an Okanagan version of the popular speaking series.

TEDxUBCO features an array of talks and stories about ideas, initiatives, and personal reflections. The goal is to redefine “success,” to uncover the mystery of its subjectivity, and last but not least, to show off the innovative thinkers who are walking the UBC Okanagan campus every day of the week.

Featured presenters include UBC grad and undergrad students, faculty, and members of the community. The March 29 event is touted as a journey “From Here to There” while talking about “The Culture of Success.” 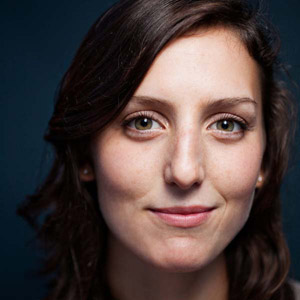 TED—Technology, Entertainment, and Design talks—began as a series of events in 1984. Today it covers almost all topics—from science to business and global issues—in more than 100 languages. Meanwhile, independently run TEDx events help share ideas in communities around the world.

TEDxUBCO takes place Sunday, March 29 in the University Theatre (ADM 026) at UBC Okanagan. Tickets are $35 plus GST and available at: cbm.ok.ubc.ca/students/tedxubco/registration

Bacchus is a fifth and final-year International Relations student who was born in Toronto and spent a number of formative years in Tokyo. Post-graduation she intends to embark on a year-long adventure abroad before pursuing a constitutional law degree at the University of Cape Town. Passionate about creating change and the hip-hop culture, she ultimately aims to have a positive impact on a global scale.

Bepple’s affinity for the natural world has guided his research in assessing the future of water use in Kelowna. A myth of water abundance is rampant in this semi-arid desert city, and this myth has the potential to cause serious social, economic, and ecological impacts similar to those seen in drought-stricken California. Through the use of computer simulations Jonathan assesses how the aggregate outcome of our behaviour, social interaction, and potential policy interventions could change the future use of the life-giving resource.

Chau is conducting research to unlock the mysteries of light behaviour at imperceptibly small-size scales, opening the door to never-before-seen innovations like flat lenses and tractor beaming. In his TEDx talk, he will share his journey from student to professor, the lessons he’s learned along the way, and some of the coolest discoveries he’s made that may change the way you think about light.

Deng is a second-year biochem student and has a deep appreciation for both the arts and the sciences. Hence the idea for his talk: “The Art of Science” which will focus on the role that art must play if modern scientific education systems hope to develop and grow. In order to truly spark scientific innovation for the future, he believes that future generations must be exposed to a more artistically valued education that promotes student creativity and curiosity.

Giffen’s master’s research investigates the cultural considerations that influence people when they make decisions about language use. It is grounded in her work with the Nabdam community in northern Ghana where she helped Nabit speakers to develop an alphabet for their previously unwritten language. Giffen’s talk will focus on the connections between language, culture, and identity drawing on her research.

Northcott is in her final year of a biology degree. Originally from Rocky Mountain House, Alberta, Northcott has been a member of the Canadian Women’s National baseball team for five years. Her talk “How to Throw Like a Girl” will touch on the trials and tribulations of being a woman in a male-dominated sport and the role that support plays in their success.

Serwa is a member of the National Ski Cross team and is currently studying human kinetics. She is a two-time Olympian, World Champion, X Games gold medalist, and recently brought home a silver medal from the 2014 Winter Olympics. Kelsey’s presentation will touch on dealing with adversities, the power behind a team, and the importance of focusing on the process rather than the result of life goals.

Schreyer teaches courses in linguistic anthropology. Her research focuses on language revitalization in Canada and, more recently, in Papua New Guinea, as well as the relationship between endangered language communities and created language communities. She has conducted research on the Na’vi speech community (from the movie Avatar) and is the creator of the Kryptonian language from the Man of Steel movie (2013).

Originally from Northern B.C., Simpson moved to Kelowna five years ago and completed her undergraduate degree in human kinetics. For her TEDx talk, Simpson will speak about the idea of success as it applies to two distinct populations of people: the whos and the whats. Her aim is to guide the audience to align to one of these groups and, in doing so, promote understanding and acceptance of their individual pursuit of success.

Tymko completed his Bachelor of Health Sciences undergraduate degree at Mount Royal University. In Calgary, he was responsible for designing and building several novel research devices used for investigating cardiovascular and cerebrovascular responses in humans. This led to his involvement in the UBC Okanagan Mount Everest Research Expedition in 2012, where his primary contribution was designing and building a custom supine cycle ergometer. The central theme of Tymko’s TEDxTalk is how he created these research devices, and how they are applied in daily life.

Note: More speakers may be added closer to the event.