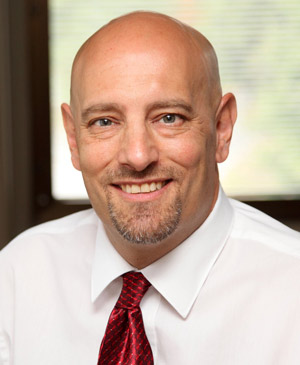 Molecular biologist and biochemist Philip Barker has been appointed Vice-Principal Research at the University of British Columbia’s Okanagan campus.

A professor in the Departments of Neurology and Neurosurgery and Anatomy and Cell Biology at McGill University, Barker will lead UBC’s Okanagan research portfolio beginning August 1.

Raised in the Okanagan and a graduate of Kelowna Secondary School, Barker earned a bachelor of science degree in kinesiology from Simon Fraser University, completed his PhD in anatomy and cell biology at the University of Alberta, and performed postdoctoral studies in neurobiology at Stanford University. He is currently a James McGill Scholar and Canada Research Chair (Tier 1) in Molecular Neuroscience at McGill University.

“Over a span of just 10 years, UBC Okanagan has established the foundations of a tremendous research program. Phil Barker’s leadership will be key to building on our successes, setting and achieving ambitious new research goals, and ensuring we advance truly excellent research that puts our students and the communities we serve at the cutting edge of new knowledge and discovery.”

“It is clear that the Okanagan is emerging as an important innovation hub and that UBC Okanagan is playing a significant role in the economic development of the region,” says Barker. “I am excited to be joining the team at UBC Okanagan and of course, to be returning to Kelowna. The campus and the city are on an exciting trajectory and I am looking forward to working with students and faculty to help facilitate the next phase of development.”

Barker’s research lab has published more than 100 scientific papers on signals that regulate life and death decisions in neurons and cancer cells. He co-founded a biotechnology company, holds several patents, and has developed and licensed several technologies.

From 2007 to 2011, Barker was the Associate Director for Strategic Initiatives at the Montreal Neurological Institute (MNI) and Chair of the MNI Centre for Commercialization and Research – a $15-million fund designed to facilitate rapid translation of research into commercial ventures and clinical practice. Barker is currently scientific director of the MNI and is the inaugural chair of McGill University’s Innovation Steering Committee.

Established in 2005, UBC’s Okanagan campus in Kelowna, BC, has more than 8,200 undergraduate and graduate students in eight faculties and schools. An intensive and growing program of research currently includes more than 600 research projects supported by $18 million in annual funding.