UBC student thankful for opportunity to combine sport with school 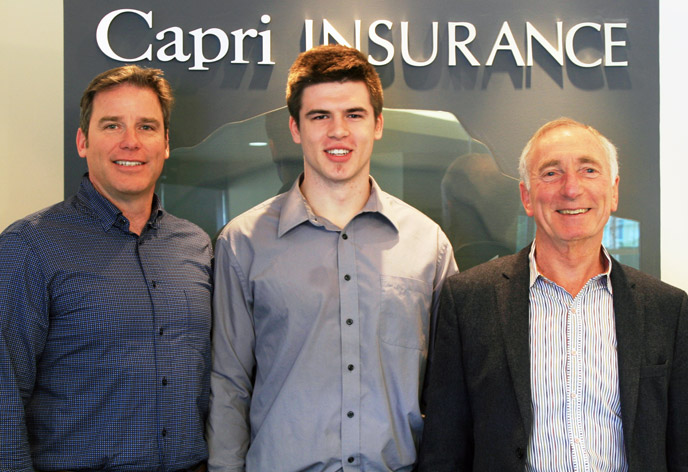 The $2,500 scholarship is funded by an endowment established by Capri Insurance in 2009 to help top scholars, who are also gifted athletes, attend UBC’s Okanagan campus.

“These student athletes develop great leadership skills which they can transfer to the building of strong and healthy communities upon graduation. We are happy to offer our continued support in helping them reach their goals,” says Tim Miller of Capri Insurance.

Truss has completed his first year as a member of the Heat men’s basketball team with an impressive sports resume, says Heat head coach Peter Guarasci.

“Buster is an integral part of our basketball program and we are excited about his future development,” says Guarasci. “He pursues excellence in both academics and athletics with fierce determination. We are thankful for the Capri Insurance Athletics Entrance Scholarship and grateful for their continued support.”

During his first year of varsity sports, Truss was nominated for the Canada West All-Rookie team and won the UBC Okanagan Male Student Athlete of the Year award.

“It is a true honour to receive the Capri Insurance Athletics Entrance Scholarship. This award gives me the support and motivation to concentrate on my studies. Being a student athlete drives me to do the best in the classroom and on the court. Support from Capri Insurance helps me balance both,” says Truss.

Johnson notes that Capri Insurance’s contributions, along with those of many other donors to the university’s Start an Evolution campaign, have helped raise more than $96 million, much of it in direct support of students.