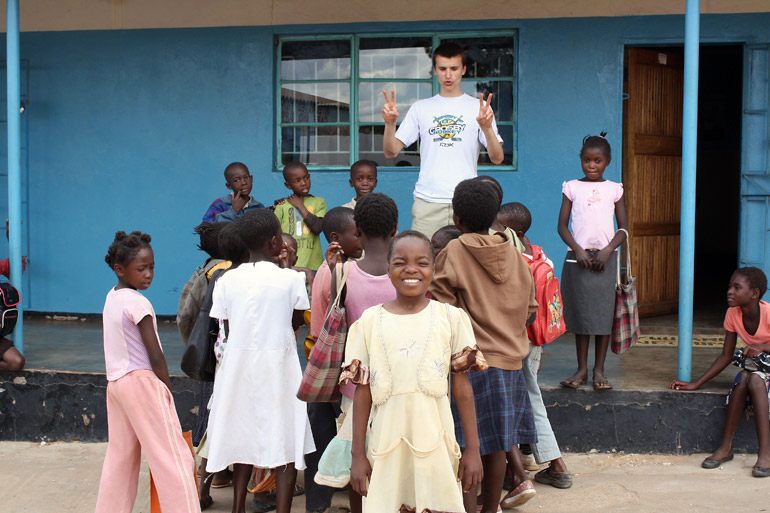 Tim Krupa plays with children orphaned by HIV and tuberculosis in the impoverished Chazanga compound in Lusaka, Zambia. Photo by Alexa Geddes

Spirituality and connection to nature are good predictors of Zambian children’s well-being, according to a UBC study published in the current issue of the Journal of Happiness Studies.

The results confirmed earlier work suggesting that spirituality is a stronger predictor of children’s life satisfaction than religion.

“Our analysis shows that children’s and adolescents’ sense of spirituality and connectivity to nature explain variation in their life satisfaction beyond other factors such as religiousness,” says Tim Krupa. “That suggests that having an inner belief system and feeling close to nature may be more important to promoting well-being than practising religious rituals.”

Zambia reports high levels of participation in organized religion. In the study, 95 per cent of respondents attended church in the past month and 96 per cent reported that religion was important to them.

Using a “faces scale,” a measure of happiness that includes drawings of faces, the distribution of happiness ratings by children was similar to results for children in Western Canada and India in previous studies by Holder and Coleman.

The study included 1,329 participants from one rural school and five urban schools in three Zambian provinces. The Journal of Happiness Studies article can be found at: link.springer.com/article/10.1007/s10902-015-9640-x 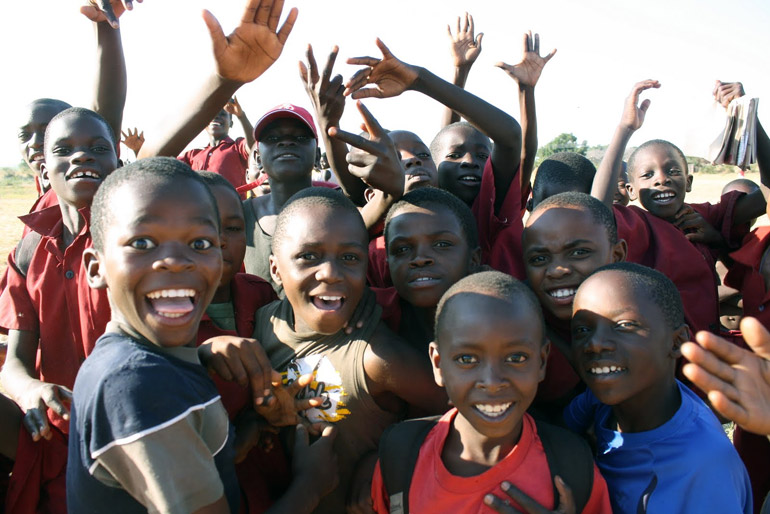 Some of the Zambian children who took part in UBC’s happiness study. Photo by Alexa Geddes 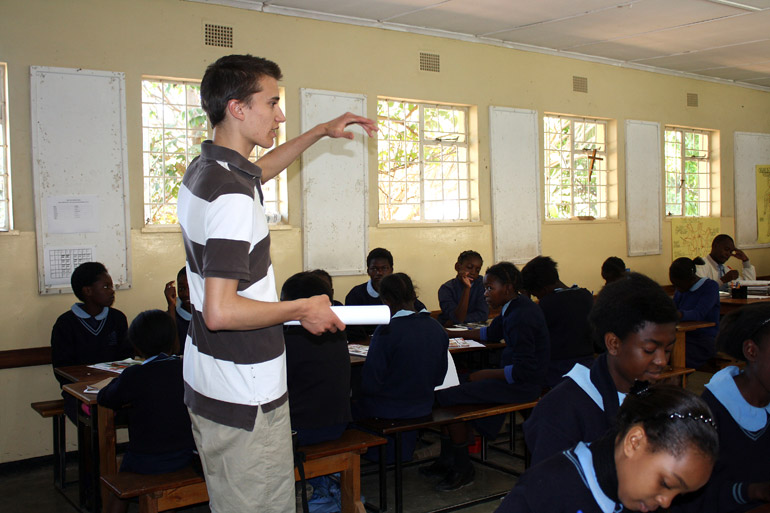 Tim Krupa conducts his research survey at one of the best schools in the country, an urban Catholic girls’ school in Zambia’s capital city, Lusaka. Photo by Alexa Geddes 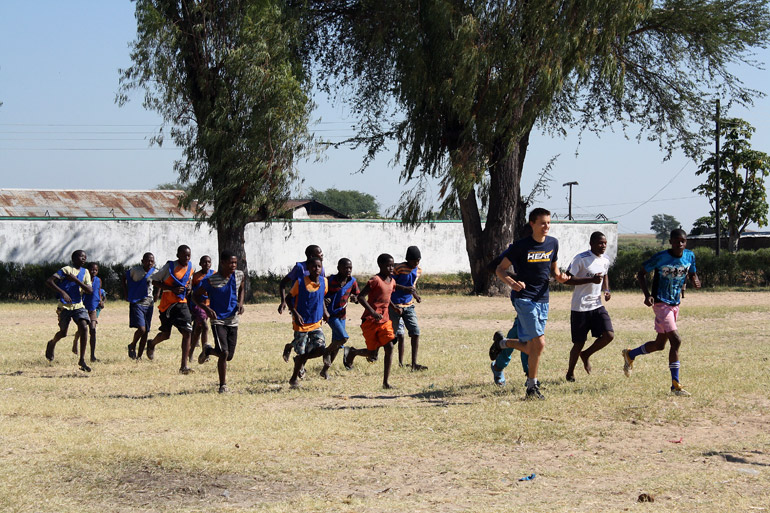