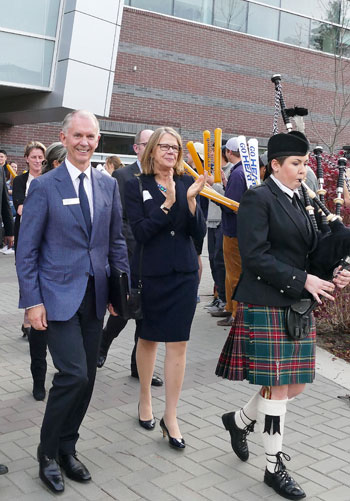 An ambitious four-year campaign to raise money for UBC Okanagan students and research has resulted in more than $100 million in donations towards higher education in the Interior.

Publicly launched in September 2011, the start an evolution campaign aimed to raise $100 million and double the number of UBC alumni engaged in the life of the university.

“This was a tremendously ambitious goal for our campus and community in just five years,” says Ross Langford, chair of the start an evolution campaign team. “It gives me tremendous pleasure to announce we have exceeded our fundraising goal by nearly $100,000 and our engagement target by 20 percent.”

As a result of fundraising efforts, the campaign raised $100,096,345. In the last year, 1,600 alumni volunteered, attended special events, or gave back to the university in other various ways, 20 percent above what was targeted in 2011.

Funds raised during start an evolution will go towards student-centered initiatives, improvements to facilities, and research activities.

“This extraordinary philanthropic investment in a new UBC campus in the Okanagan demonstrates the value our donors place on the transformative learning and research impact UBC can deliver,” says Deborah Buszard, UBC Deputy Vice-Chancellor and Principal of the Okanagan campus. “These generous gifts lay the foundation of a great university campus and are an investment in the region’s bright future.”

A list of major contributors to UBC Okanagan appears on a new donor wall that has been installed in the campus’ University Centre. Donors were honoured at a reception earlier this month. 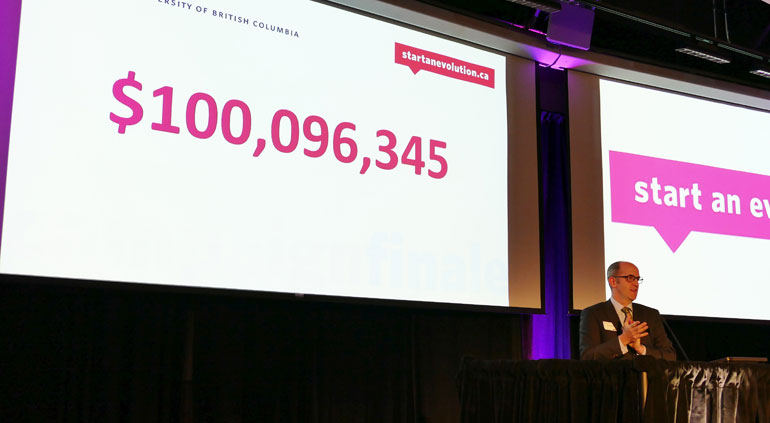