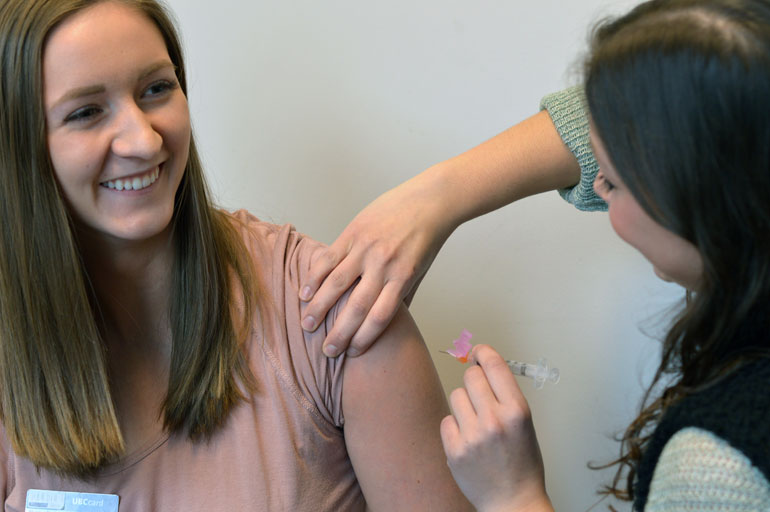 Number of students, staff, and faculty rolling up their sleeves rises 780 per cent in 10 years

Ten years ago, 92 people took part in the first flu clinic held at UBC’s Okanagan campus. This year, the number of students, faculty, and staff attending on-campus flu clinics has risen to 810 — a 780 per cent increase.

“While a portion of the increase we are seeing can be attributed to the growth of our campus, it’s clear that awareness is resulting in more people deciding to protect themselves and others from influenza,” says Gord Binsted, dean of the Faculty of Health and Social Development. “We look forward to increasing the awareness and the number of flu shots given on campus in the years to come.”

“Our nursing students possess a wide variety of knowledge and skills that prepare them to partner in community health initiatives such as flu clinics,” says Sheila Epp, acting director of UBC Okanagan’s School of Nursing. “These flu clinics provide additional opportunities for experiential learning as well as assisting them with their goal of increasing the overall health and wellness of our campus.”