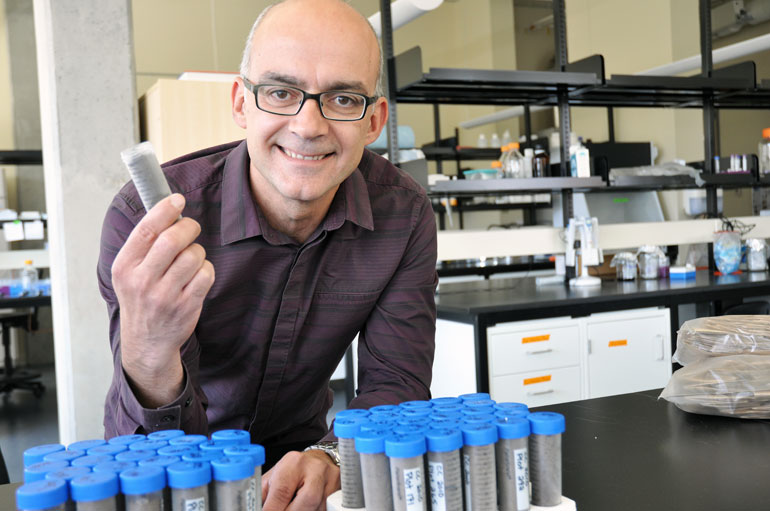 Researchers talk about the science behind this year’s prize winners

One may wonder what malaria, round-worm, peace in Tunisia, and DNA repair have in common. They are all connected to 2015 Nobel Prize winners.

And as is tradition at UBC’s Okanagan campus, on December 10, the night the Nobel Prizes are presented, a group of UBC researchers will discuss each prize and the science, or art, behind this year’s winners.

This year, the Nobel Peace Prize, presented in Oslo on December 10, will be awarded to National Dialogue Quartet for its contribution to the building of a working democracy in Tunisia. Meanwhile, Nobel prizes for physics, chemistry, physiology (or medicine), literature, and economics will be presented in Stockholm the same day. Prize winners include, William C. Campbell and Satoshi Ōmura for their work in examining infections caused by roundworm parasites, and Youyou Tu for her work in a new therapy against Malaria.

The Nobel prizes are celebrated at UBC’s Okanagan campus as a panel of distinguished professors from the university will discuss this year’s Nobel Prize-winning contributions, and explore the what, how, and why of the world’s biggest discoveries and ideas.

The event is hosted by Professor John Klironomos, FRSC, Associate Dean of Research, with the Irving K. Barber School of Arts and Sciences. UBC panelists include:

Nobel Night takes place at UBC’s Okanagan campus in the Fipke Centre for Innovative Research, lecture room 204, beginning at 7 p.m. Refreshments will follow. This event is free and open to the public, however, donations to the United Way Campaign are gratefully accepted. Pay parking is in effect. For more details and registration: nobelnight2015.eventbrite.ca

The Nobel prizes are awarded each year on December 10, the day Alfred Nobel died in 1896.