A research star is born 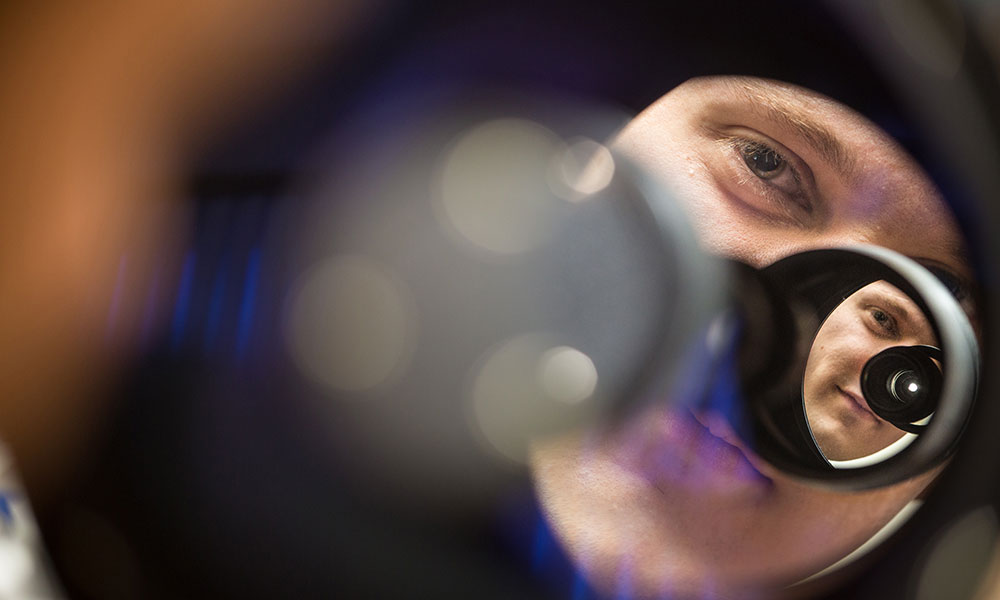 “Understanding the process of star formation will allow us to understand ourselves in many ways.”

WE ARE MADE OF STARSTUFF is the belief made famous by Carl Sagan. His fellow astrophysicist, Eric Koch, echoes the conviction that to understand the stars is to understand life.

Koch graduates this spring from the Irving K. Barber School of Arts and Sciences at UBC’s Okanagan campus. With a BSc Honours in Physics, his area of focus is star formation.

“Star formation offers an explanation of where our sun came from, how our planets formed, and how we evolved as a species,” Koch says. “Understanding that process will allow us to understand ourselves in many ways.”

Introduced to research early in his second year, Koch was struck by the enigmatic processes of stellar creation. That interest was kindled, he says, by the ability to learn in small classes and with direct access to his professors—two facets of UBC Okanagan that propelled his undergraduate research to the master’s level.

Koch began university in his hometown of Kelowna, where an opportunity during first-year studies transformed his future.

Over the ensuing four years Koch became immersed in research, rubbed elbows with Canadian astronaut Colonel Chris Hadfield, and helped unravel some of the mysteries surrounding the birth, life, death, and afterlife of stars.

Koch was hooked by physics in high school. His first exposure to astronomical research at UBC clinched it: “It was just so interesting—and it just keeps getting better.” 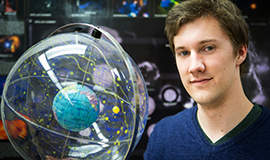 His path was carved by a second-year Work Study opportunity with Dr. Erik Rosolowsky, professor of physics and astronomy. “The research and the mentorship of Dr. Rosolowsky really clicked for me.”

Koch’s involvement with research didn’t end with the Work Study project. In 2012, he won an NSERC USRA to work with Rosolowsky to examine filaments—thread-like cosmic structures within molecular clouds, the stellar nurseries where stars are born. It became the basis of his honours thesis.

He also joined the research team of Dr. Jason Loeppky, an assistant professor of statistics. Alongside the team, Koch used NASA Kepler Mission data to examine the properties of transiting exoplanets—planets outside our solar system.

Koch, admittedly, spends much of his time looking at numbers on a computer screen. But what the data points to is nothing less than the history of the cosmos.

“The numbers could be evidence of an exoplanet rotating around its distant sun,” he says, “or evidence of a star forming within a molecular cloud, or even the death of a star in a supernova. From those numbers and little packets of light that come toward us, you derive everything there is to know about the universe.”

Last summer he assisted Dr. Craig Heinke of the University of Alberta with two NSERC USRA-funded projects examining dead stars (known as compact objects), using optical and X-ray telescope data. He recently worked on a directed studies project with Loeppky to create simulations of star formation that can be compared with real data to determine the necessary conditions needed for stars to form. 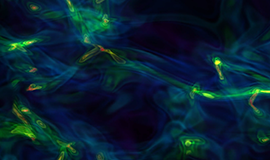 All of Koch’s research looks at the lifecycle of stars, which live out most of their lives on the main sequence, where they fuse hydrogen to generate energy. At some point, every star runs out of hydrogen, causing the end of its life. Depending on the mass of the star, it then becomes a white dwarf, a neutron star, or a black hole. All dying stars expel gas that will cool and contribute to forming a new molecular cloud, thus creating the next generation of stars.

“If we can better understand this cycle,” says Koch, “we can look at any group of stars or molecular cloud and infer things about its history and its future. We can predict why and where star-forming regions exist, and how many stars will be formed in a region.”

Research has defined Koch’s time as a student at UBC Okanagan. But for him, at least, research is just part of the program.

“Throughout my undergraduate degree, I realized that research didn’t have to be in addition to my studies, the two happened side-by-side,” he says. “I learned as much from researching as I did from time in the classroom.”

One of the most fulfilling moments as a student, he says, was presenting the research findings of his undergraduate honours thesis work at the 2013 Undergraduate Research Conference, where he won Best Oral Presentation.

Also that year, he was invited to sit next to Colonel Chris Hadfield at a special dinner. Loeppky hooked it up.

“Eric has a wicked combination of being really smart and really hard-working,” says Loeppky, who first taught Koch in astrophysics. “You rarely see a student with his kind of drive who is equally good at technical components like mathematical coding as he is at understanding the science. 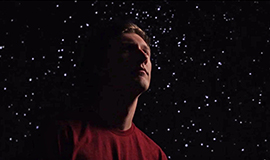 “If you give him a task, he not only comes back to you with it completed, but he is already working on the next steps, and he will do it all in half the time you expected.”

Koch has praise for his prof, too. “Dr. Loepkky really inspired me to look beyond what most astronomers look at—which is rather simple statistics—into the field of experimental design and ways to properly examine and compare information.” 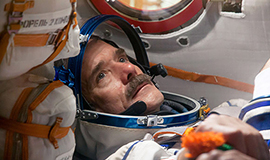 Koch places a high value on his undergrad opportunities and relationships.

“Because UBC’s Okanagan campus is relatively small, there is a lot of opportunity to be involved in research and teaching as an undergraduate student,” says Koch. “These experiences can give you a real edge when competing with students from larger universities.

“It’s pretty amazing that even though we have a small campus, we can be so competitive when it comes to external awards. The same applies to graduate school. Undergraduate research experience makes your application much more appealing.”

In the fall, Koch begins graduate school at the University of Alberta, working under the supervision of Rosolowsky, who joined the U of A from UBC Okanagan last year.

“Drs. Rosolowsky, Loeppky, and Heinke have been incredible mentors to me,” says Koch, adding that he’s motivated by constant new discoveries in astronomy and the rapidly evolving field of star formation.

Since the beginning of his studies, Koch has known that he wants to continue through the PhD level, pursuing astronomical research. His goal is to eventually obtain a faculty teaching position.

“My time at UBC Okanagan really helped shape and focus my research career,” he says. “The projects I have been involved with, and the people that I have been able to work with, made all the difference.”

Colonel Chris Hadfield touched down in Kelowna in October 2013 as part of UBC’s Distinguished Speaker Series, sponsored by the Irving K. Barber School of Arts and Sciences.

When assistant statistics professor Dr. Jason Loeppky heard that the retired Canadian astronaut—”the most famous astronaut since Neil Armstrong” according to the BBC—would be having dinner with a group of select guests from UBC Okanagan, he knew Eric Koch should be there too.

“If any student deserved to have dinner with Colonel Hadfield, it was Eric,” says Loeppky, who approached the Dean of the Barber School to request that Koch be invited to the dinner.

Koch, the only undergraduate student among the six attendees from campus, was seated next to Hadfield at Bouchons Bistro in Kelowna. The two discussed what Koch was studying and his plans for the future.

“Colonel Hadfield was very easy to talk to,” says Koch. “He made a genuine effort to speak with everyone in attendance, and he explained the process, preparation, and potential difficulties during spacewalks.”

Koch describes the experience as a highlight of his time at UBCO. He took away a powerful message from the encounter—the power of preserving one’s goals.

“I have lofty career goals, and it was inspiring to meet someone who has certainly met and exceeded his own.

“It gave me an idea of the resolve that I need to get where I want to go.”