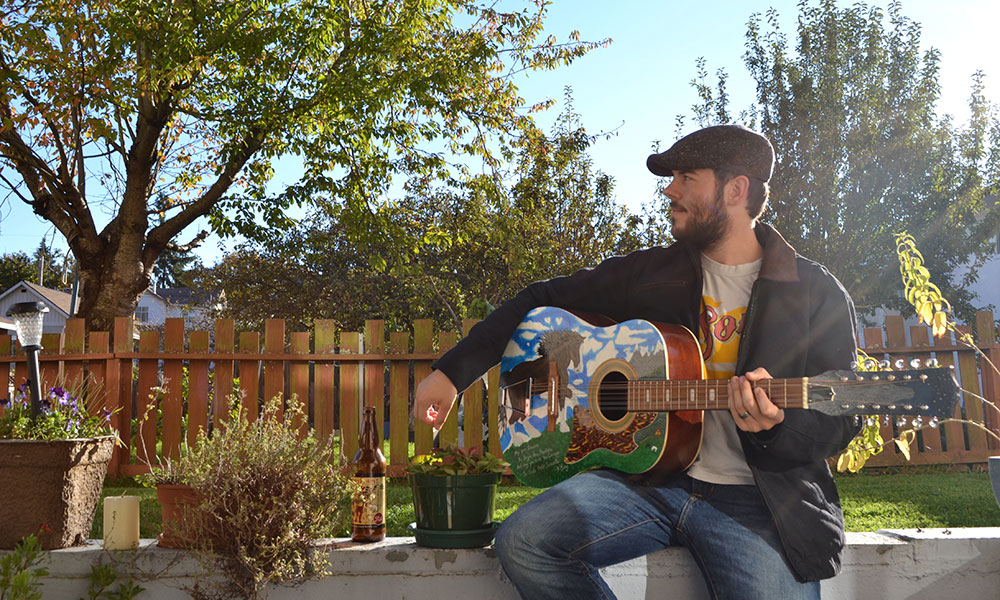 “The close ties I was able to form with professors were instrumental in helping me complete award applications and land jobs.”

WHEN MOST PEOPLE GAZE UP AT THE DARK NIGHT SKY, they see stars. When Steve Mairs looks up, he sees the story of our cosmic history and the origins of life.

As he works through his PhD, the astronomer—whose interest in star formation begin in his first year of study at UBC Okanagan—attempts to add to our collective understanding of the questions, “why are we here?” and “where do we come from?” 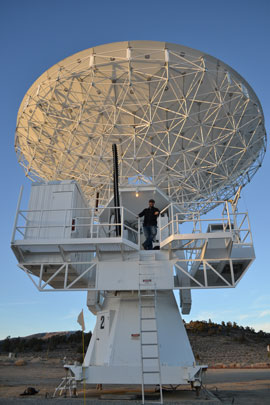 UBC’s Okanagan campus is situated in the Okanagan Valley, which is also home to the NRC Dominion Radio Astrophysical Observatory (DRAO, or what is commonly known as the White Lake Observatory.) It is one of the world’s foremost radio telescope facilities and was one of the reasons Mairs, who was born and raised in Kelowna, decided to choose UBC Okanagan to complete his undergraduate degree in physics.

Mairs spent his summer after first-year studies working with radio telescope data taken using the famous Very Large Array (VLA) with one of his astronomy professors and another collaborator at the DRAO.

During his third summer of study, Mairs won an NSERC Undergraduate Student Research Award (USRA), and as part of his research, physically worked at DRAO calculating distances to Supernova remnants (old fingerprints that indicate a massive star underwent a violent explosion at the end of its life) using data collected with local radio telescopes.

By his third year, Mairs was well on his way to becoming one of the most decorated students in the Physics department. He won yet another NSERC USRA to study pulsar research with one of the physics faculty members at UBC Vancouver.

Mairs’ project looked for a more precise way to measure bursts of energy from the left-over, spinning cores of dead massive stars: “Astronomy can be used to study cutting-edge theories in physics by identifying regions of space that have properties exotic enough that we cannot recreate them on Earth—that was the goal of our work.”

During his honours thesis in his final year of study, Mairs travelled to Hawaii for two weeks to collect data using the James Clerk Maxwell Telescope. Using the data obtained, he was able to measure the physical properties of almost 100 distinct star-forming regions in the nearby Triangulum Galaxy. 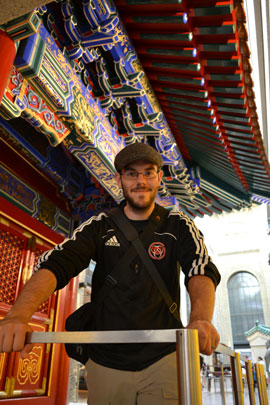 “The close ties I was able to form with professors were instrumental in helping me complete award applications and land jobs,” says Mairs, who during his undergraduate degree also worked with a consortium known as Bolocam Galactic Plane Survey.

The continuum survey enables him to use his newfound astronomy skills to analyze distances to star-forming regions in the galaxy. The work also allowed him to contribute to several publications, which are now available in scientific literature.

“One of my first-year professors, Dr. Erik Rosolowsky, offered me my first job in astronomy and I haven’t looked back. I encourage all students to meet with their professors, shake their hands, and stop by during office hours.”

“I’m just realizing now the high calibre of each course offered throughout my degree. I meet students from all over the world and when we compare our undergraduate histories, it continually surprises me how well UBCO places in the world market.”