The future of exercise 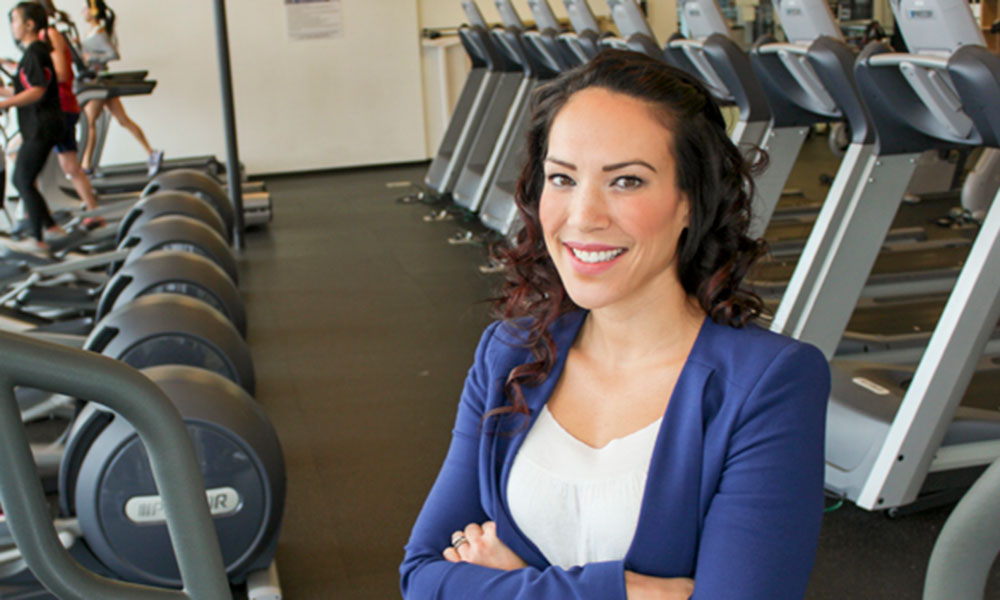 “Seeing others be proud of their accomplishments is the most rewarding part of what I do.”

FEW PEOPLE TRULY ENJOY EXERCISE. In fact, despite knowing that fitness health begets happiness, many of us find sticking to an exercise regime an awful experience—both mentally and physically.

But the evidence is in: Just one workout can lead to improved emotional well-being, including reduced anxiety and depression, with increased energy and vigour.

The pros far outweigh the cons. So why is it so difficult to exercise?

Over the past three years at UBC’s Okanagan campus, Assistant Professor Mary Jung has worked in UBC’s School of Health and Exercise Sciences toward finding the secret behind what makes an exercise routine stick.

With the global health market pushing $30 billion dollars a year, Dr. Jung’s recently published research project Where Does HIT Fit? could tip the scale toward a veritable revolution in New Year’s resolutions.

HITTING ON AN ALTERNATIVE

HIT—short for high-intensity training—involves short bursts of activity with periods of rest and has been touted as a time-efficient, novel alternative to conventional no-pain-no-gain exercise.

Jung was intrigued to know how people actually respond to HIT psychologically, and whether people would actually do it when not under the guise of a research study.

“Several exercise physiologists were conducting studies and demonstrating how effective HIT was at improving fitness,” she says. “After seeing such promising results, I wanted to see whether it was an attractive long-term exercise option—and whether or not people enjoyed it.”

Rather than just telling people to start exercising, Jung teaches them how to self-regulate exercise so that they can exercise on their own for years to come. Participants learn key self-regulatory skills, including bolstering self-confidence to overcome whatever barrier comes in their way, goal-setting, and learning how to self-monitor their progress.

Jung and Little’s results thus far are promising: Manageable short bursts of activity partnered with two weeks of counselling has meant participants have become their own trainers for the long-term.

“I feel like I have a new lease on life,” says current program participant Beth Jardine.

Jardine was no stranger to the common barriers to exercising, having given up well-intentioned attempts to exercise regularly. She now counts more than 100 days of exercise since she started the program 4 months ago.

The counselling sessions developed a routine that helped Jardine to achieve the ideal heart rate, while identifying barriers to exercise and, more importantly, solutions.

“One of my biggest barriers was the thought that you had to work very intensely to bring your heart rate high enough,” says Jardine, who now wakes up every morning to exercise.

The outcome: “I am proud of myself.”

The trump card we all have in our hand to play is self-confidence, Jung says.

“It is so rewarding to bring participants back in months after the counselling sessions and see the success they have experienced as independent exercisers,” she says. “We get to say, ‘You did that all on your own!’ ”

“Believing in yourself and your capabilities is more influential than any barrier placed in your way.”

Though Jung specializes in human kinetics, she still struggles like many others to fit exercise into her hectic schedule as a mother, wife, researcher, and professor.

“I have to practice what I preach on a daily basis,” she says.

Her passion for helping others stick to their exercise routines began early. Jung’s research interest was born in others’ successes when, at the age of 16, she started as a personal trainer and taught group fitness classes in Lindsay, Ontario. She was so keen, she even fibbed about her age to get the fitness membership.

Jung was drawn to exercise and health because she wanted to share the benefits with others.

“Seeing others be proud of their accomplishments is the most rewarding part of what I do,” she says.

After graduating from high school Jung didn’t think twice before deciding to pursue an undergraduate degree in Human Kinetics at McMaster University. She continued to instruct fitness classes throughout her undergraduate, master’s and doctorate degrees.

“A great mentor once said to me that as you continue on in your academic career, the stakes just get higher and higher,” says Jung about the return to the University of Saskatchewan to pursue her PhD.

Jung quickly found her mentor was right: Each rank of academica progression combines fierce competition and increased workload—on top of which, she faced the decision about when to start a family. Which she did during her post-last year of her doctoral fellowship.

“I always knew I wanted to be a mother, but choosing when was a difficult decision.”

“I am grateful for those tough decisions.”

Drawn to the research-driven School of Health and Exercise Sciences and outdoor recreation options that abound in the Okanagan, Jung began her research at UBC Okanagan following post-doc work at Western University in Ontario.

The young professor now has an impressive list of accomplishments, including being named a Michael Smith Foundation for Health Research Scholar in 2014. She’s received more than $2.5 million in research funding.

Regardless of age, ethnicity, sex, or health status, people report lack of time as the primary reason they fail to exercise on a regular basis.

“As a mother, I understand when people say it’s tough to find time to take care of oneself, make healthy meals, and exercise regularly,” she says.

Jung believes it’s empathy that helps her to create interventions relevant and applicable to the average person.

One way she meets her health goals is finding ways to fit in exercise with her daughter. When weather permits, the young family commutes to the Okanagan campus by bike or foot.

Ask Malaya what her mother does and she will tell you, “Mom teaches people how to exercise and be healthy.” (She is also the youngest participant in Jung’s research.) 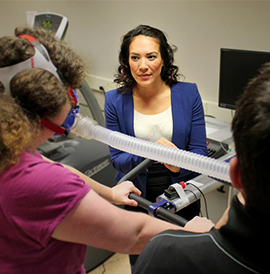 “I must admit I have done the delayed gratification study on her to assess her level of self-regulation,” says Jung, describing the classic psychology test where children are presented with two options: get a marshmallow now, or wait five minutes and get two!

Self-regulation is a set of skills that doesn’t just relate to health behaviours, and Jung believes that when we hone these skills we can apply it to all of our life goals. She hopes she can instil these strategies in Malaya through example.

“I want to be a role model for her as a woman and mother with a career in science,” says Jung.

A role models for others too, Jung delivers regular community talks, which have included online webinars and workshops.

“My goal is to mobilize this knowledge and make it as accessible as possible,” she says.

Recently Jung collaborated with an Okanagan app developer to test the fitness app Motivation Engine. She says it is these community connections that satisfy her passion to help others.

“It really is all about helping you keep your resolutions.”

5 TACTICS FOR STICKING WITH IT 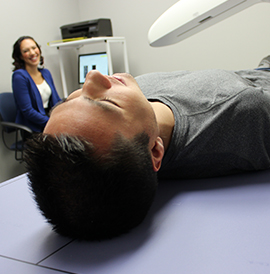 We asked Jung to break down her research into five tactics for adhering to exercise.

1) Reward yourself for every step you make towards achieving your long-term goal.

“Rewards motivate you and reinforce goal-related behaviour in the short-term,” Jung says.

Rewards promote consistency, which Jung identifies as key to success for adhering to health behaviours.

Jung shares how comparisons can be demotivating; they devalue what you accomplish.

“Focus on being the best you rather than looking like someone or fitting into a particular size,” she says. “If we rely on inaccurate misperceptions, we can’t appreciate our own progress.”

3) Be kind to yourself

“Please, please be self-compassionate,” Jung says. “Self-loathing will lead you directly to giving up.”

Jung adds it also leads to unnecessary stress and anxiety. There will be setbacks—you will need a day off here and there, and that is to be expected. Jung knows this is harder than it sounds, but recommends keeping track of both successes and failures because it can help you identify patterns and remove obstacles.

4) Exercise in the morning

Jung says research from her lab has demonstrated that plans to exercise in the morning are much more likely to lead to exercise than plans made in the afternoon.

“Your self-regulatory reserve is highest in the morning, and it is much less likely that barrier will creep up on you throughout the day.”

It might sound trite but Jung assures that you can stick to your new exercise plan.

“Research shows you are more likely to persist through challenges,” she says. “You will give more effort, you will set loftier goals, and most importantly you’re most likely to carry out those plans if you stop doubting yourself and start thinking, Yes I can.”