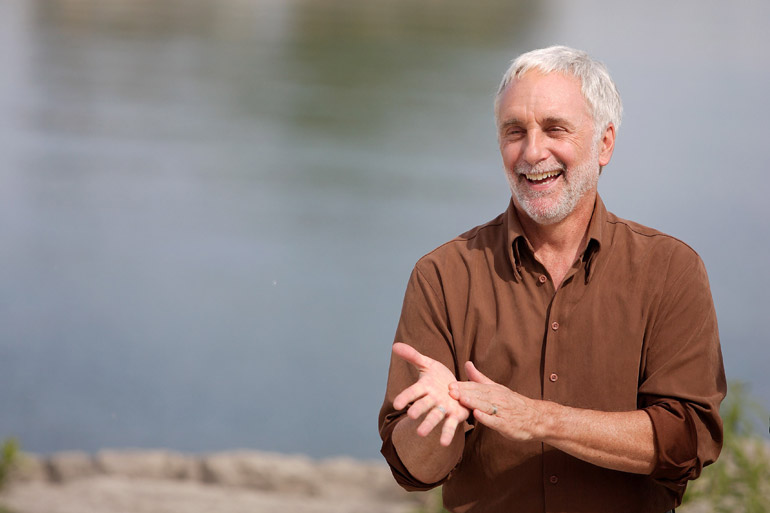 Award-winning science writer Jay Ingram is the on-stage tour guide for the Giant Walkthrough Brain event, January 30 and 31, in Kelowna.

With the first presentation of Jay Ingram’s Giant Walkthrough Brain performance filling in a few days, UBC Okanagan has decided to host a second show on Sunday, January 31.

Part science, part art, and part musical, The Giant Walkthrough Brain, brought to Kelowna by UBC Okanagan’s Faculty of Health and Social Development (FHSD), is a tour of the most complex and fascinating organ in the human body. Seats for the original performance, set for Saturday, January 30, were snapped up as soon as registration opened last week.

The second show, also free to the public, will take place at 5 p.m. on Sunday, January 31. The award-winning show has original music by the world’s first science band, The Free Radicals, and cutting-edge computer visualization that creates an immersive, and unprecedented, voyage. Ingram, award-winning writer and broadcaster, is the on-stage tour guide as the audience ventures into the giant virtual brain.

“I’m amazed and really very happy that the first scheduled performance of the Giant Walkthrough Brain sold out in just three days,” says Ingram. “I think it’s evidence for two things: one, people are very interested in the brain and how it works; and two, they will act on that interest if there’s a promise that the information will be presented in an entertaining and involving way.

“Our faculty wants everyone to have a chance to see it, and we are thrilled that we can offer a community event that invites all ages to explore health science with one of Canada’s great story-tellers.”

This event is free, takes place at the Kelowna Community Theatre, 1435 Water Street, and is open to the public. Seating is limited and online registration is recommended: giantwalkthroughbrainsunday.eventbrite.ca