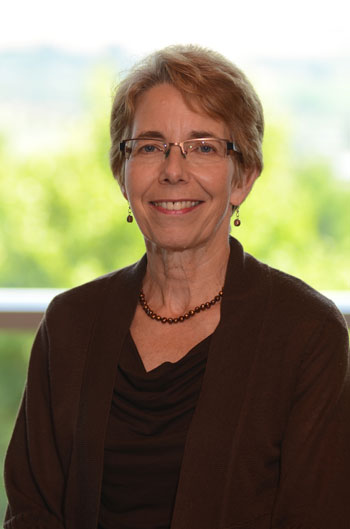 A smoking cessation program designed at UBC is showing some promising results with new and expectant fathers.

UBC’s Dads in Gear (DIG) is a novel smoking cessation program that targets new and expectant fathers. In a way that has never been done before, the DIG program integrates tips on quitting, fathering skills, and physical activity in an eight-week group program.

Initial results from two DIG sessions offered in the spring of 2015 show 65 per cent of fathers had quit smoking by the end of the DIG program and were still smoke-free at the three-month follow-up.

These are encouraging results compared to success rates with other smoking cessation approaches. Available statistics show that approximately 10 per cent of people are able to quit following doctors’ advice, about 29 per cent are able to quit using a Quitline, and 27 per cent of people quit successfully having received nicotine gum or patches through the B.C. Smoking Cessation Program.

“The quit rates from the first two DIG programs are very promising and together with men’s overwhelmingly positive responses indicate that we have the right formula to increase the chance of quitting,” says Prof. Joan Bottorff, Director of the Institute for Chronic Disease Prevention and Healthy Living at UBC’s Okanagan campus. “This is good news because when fathers quit smoking there are benefits to the whole family. New and expectant mothers’ chances of quitting and staying smoke-free are higher when their partners don’t smoke, and children can grow up in smoke-free homes.”

The development of resources to support fathers’ smoking cessation began five years ago as a motivational booklet entitled: “The Right Time, The Right Reasons. Dads talk about reducing and quitting smoking.” This booklet was based on research conducted by the UBC team with funding from the Canadian Institutes for Health Research and the Canadian Cancer Society. The booklet was initially published and distributed by the B.C. Ministry of Health and has now found its way into many other Canadian jurisdictions. The demand for the booklet led the research team to translate the resource into French in 2012 and Chinese in 2015.

With $200,000 in support from the Canadian Cancer Society, the Dads in Gear program is now available offered in several B.C. communities for evaluation. To date, the DIG program has been offered in West Kelowna and Abbotsford. Trained facilitators are now ready to run programs in Prince George, Merritt, Mission, Vernon, and Nelson.

“While experts have developed smoking cessation programs for expectant mothers, fathers have largely been left out of the equation,” says Gayl Sarbit, Knowledge Broker for the Institute of Healthy Living and Chronic Disease Prevention and co-creator of DIG. “The men we worked with said they wanted to connect with other dads who were trying quit and the DIG program provided them the opportunity to share experiences and support each other in their efforts to quit.”

“There has been little support for new and expectant fathers, even though they want to quit and their partners want them to quit,” adds Prof. John Oliffe, lead investigator of UBC’s Men’s Health Research program and co-creator of DIG. “Men realize that continuing to smoke is at odds with being a healthy role model for their children and being actively engaged in their lives.”

According to Statistics Canada, 18.1 per cent of Canadians smoked in 2014, including 21.4 per cent of men and 14.8 per cent of women. Tobacco use causes up to 6,000 deaths in British Columbia each year.

For more information on the Dads in Gear program, visit www.dadsingear.ok.ubc.ca.