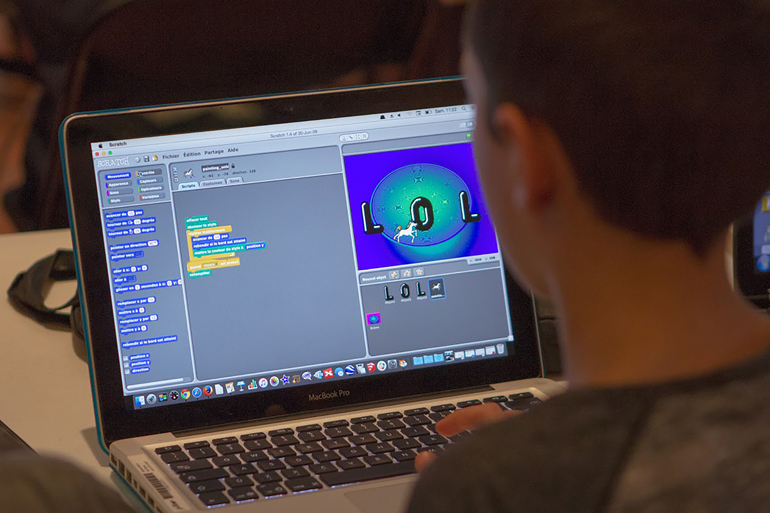 Students aged eight to 18 are encouraged to participate in CodeCreate at UBC’s Okanagan campus Saturday, January 23.

Okanagan students participate in the largest youth coding event in BC

UBC Okanagan is opening its doors to the largest youth-coding event in the province’s history.

CodeCreate is a day-long, province-wide event taking place Saturday, January 23, where students aged eight to 18 will learn to write code with the help of experienced mentors. Kelowna Mayor Colin Basran and MLA Steve Thomson (Kelowna-Mission) will participate in the morning activities with the students. Members of the First Nations Technology Council’s school network and teachers with the B.C. Teachers’ Federation have also been invited to participate.

CodeCreate celebrates the Hour of Code — a grassroots global science and digital literacy awareness campaign aimed to encourage students around the world to try computer coding, the instructions written by a programmer in a language that the computer understands. Computer coding is commonly used to develop websites, and this week the BC government announced plans to include coding in the updated elementary school curriculum.

UBC Okanagan’s Innovative Learning Centre hosts this event on January 23, at 9 a.m. in the Engineering, Management and Education Building, 1137, Alumni Avenue. This event is free and is open to the public. Seating is limited, and registration is recommended.

CodeCreate events have been held in Vancouver, Victoria, and Prince George, where more than 400 students have learned to code. Okanagan students will join 100 million people worldwide who have already tried an Hour of Code.