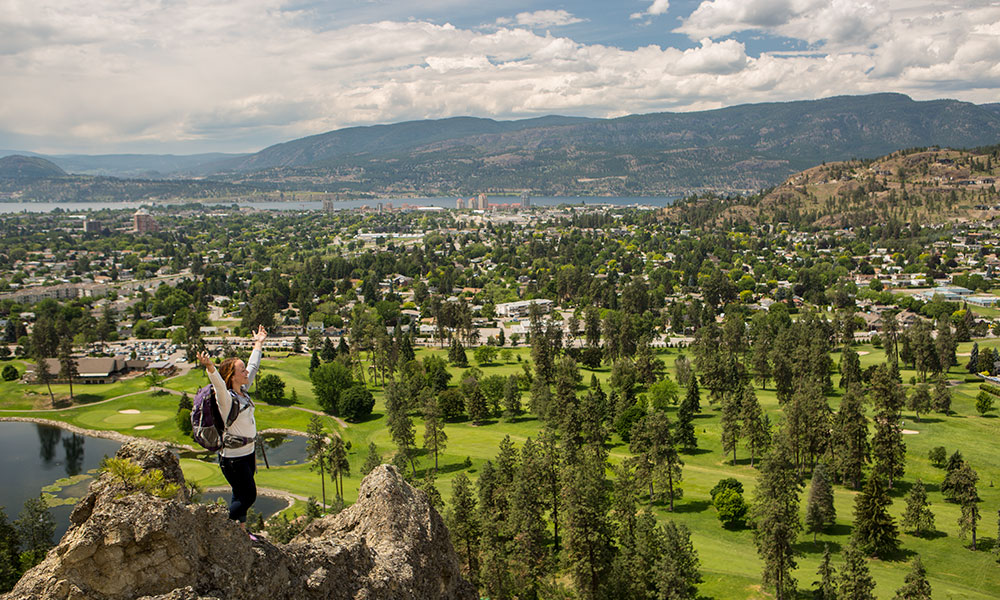 “I learned both in and out of class the type of impact I could have. I want to use my energy to make a positive change.”

JENNA GALL IS A CRUSADER. From attending university far from home, to traveling and working in remote places, this trailblazer doesn’t settle for the status quo.

Even as a student of the Earth and Environmental Sciences (EESC) program at UBC Okanagan, she sought out new experiences and advocating for others to do the same. Her enthusiasm is infectious.

After receiving the merit-based Loran Award in Grade 12, Gall had her choice of universities across Canada. She ultimately chose UBC Okanagan based on the environmental program and the valley’s natural surroundings. 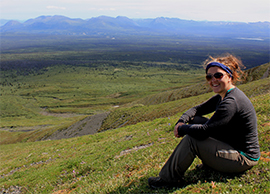 “Being outdoors keeps me healthy and happy,” says the former Saskatchewan farm girl. “I think I made an exceptional decision by choosing UBC because throughout my degree I was able to incorporate outdoor field trips, and work, into my studies.”

Not to mention all the hiking, rock climbing, snowboarding, camping, kayaking and canoeing, slacklining at the beach, cycling, and mountain biking in the Okanagan.

“There is so much to do all the time,” she says, “and the climate allows you to get involved in everything that there is to enjoy when you live in the mountains on a lake.”

Once she arrived on campus, Gall hit the ground running. Joining the Peer Mentor program was the first of many successful steps. She was also involved in the Campus Sustainability Club, the Go Beyond Sustainability Network, and the Student Legacy Council. These experiences culminated in founding and chairing UBC Okanagan’s Environment and Sustainability Society.

Gall agrees that the intimacy of UBC Okanagan facilitated her involvement. “I wanted to be active on campus and in the community, and make this a personal experience. Thanks to the close-knit campus environment, this was achievable.” 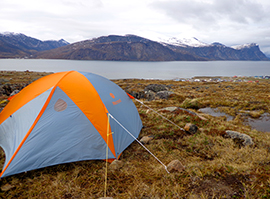 She recommends that incoming students do the same: “Get involved,” she says. “Being a part of any organization on campus will lead to more opportunities. The networks you make by being active on campus are of equal importance to your degree.”

Gall cites being the chair of the newly created Environment and Sustainability Society as one of her top experiences. The skills she gained from starting this organization, and developing the executive team, were numerous and applicable. “It’s amazing to see how the club has grown from my first year. It was my passion, and it took a lot of courage to push it forward.”

She has also participated in the Rio+20 United Nations Conference on Sustainable Development, spent 13 weeks in the Yukon with the Yukon Climate Change Secretariat, and done field work in Tanzania. Gall detailed the latter two experiences in blogs that evocatively demonstrate her sense of adventure and unbounded affection for the great outdoors.

It was during Gall’s summer work in Nunavut that she was inspired to do a fourth-year honours thesis project. The area relies on diesel to power its communities. Gall saw this as an environmental and health concern. “I got really excited about the idea of helping one of these communities do a feasibility study for solar and wind energy.”

She approached Earth and Environmental Sciences professor Dave Scott about the idea. “Although this was out of his field, Professor Scott agreed to mentor and help me establish the appropriate contacts. It was such a boost to have his support. He always sees the potentials in students.

“This experience was invaluable,” she adds. “It played a big role in me landing a job at MiEnergy.”

At the renewable energy company, Gall has a dynamic role that includes installation, communication, project coordination and marketing. “It was a surprise how much I enjoy the job. It’s a small growing company and I have a lot of flexibility.”

Gall attributes her UBC interdisciplinary degree with her career success. “I was able to build the degree I wanted to have, which was broad for me.

“I have a wealth of experience, which came from a campus where I had so much opportunity to be involved.” 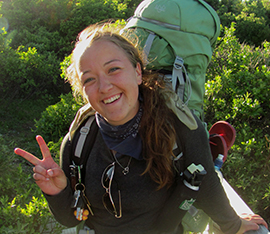 As is her nature, the full-time work doesn’t slow Gall down. She has become a Big Sister with Big Brothers and Big Sisters of Canada and is part of the Saskatoon writing community. She’s also involved in advocating for new climate change policy for the province and is starting a Saskatchewan chapter for Emerging Leaders of Solar Energy.

“I became interested in advocating for climate change strategies at UBC Okanagan. I learned both in and out of class the type of impact I could have. I want to use my energy to make positive change.”

“My biggest challenges were about finding balance,” she says. By her second year at UBC Okanagan, Gall had enrolled in six classes, agreed to do research and volunteer, and was helping out in student services.

“You can’t do everything,” she says ruefully.

Why Earth and Environmental Sciences?

The road got a bit bumpy when Gall fell behind with her tasks due to a personal upset. “When everything is going well it’s easy to be over-capacity, but when there’s an added challenge it’s difficult to keep everything going.” She relied on her campus friends and the people with whom she worked.

“Being away from home, you’re almost in a different world. My UBC Okanagan community was a great support—everyone was understanding and encouraging.”

Gall bounced back a little wiser, making sure to schedule time for breaks. Even so, she still took on volunteer and supplemental activities. In third year she became involved in a directed studies research project related to watershed management. Here, she looked at the impact that land use has on the region’s water ecosystems.