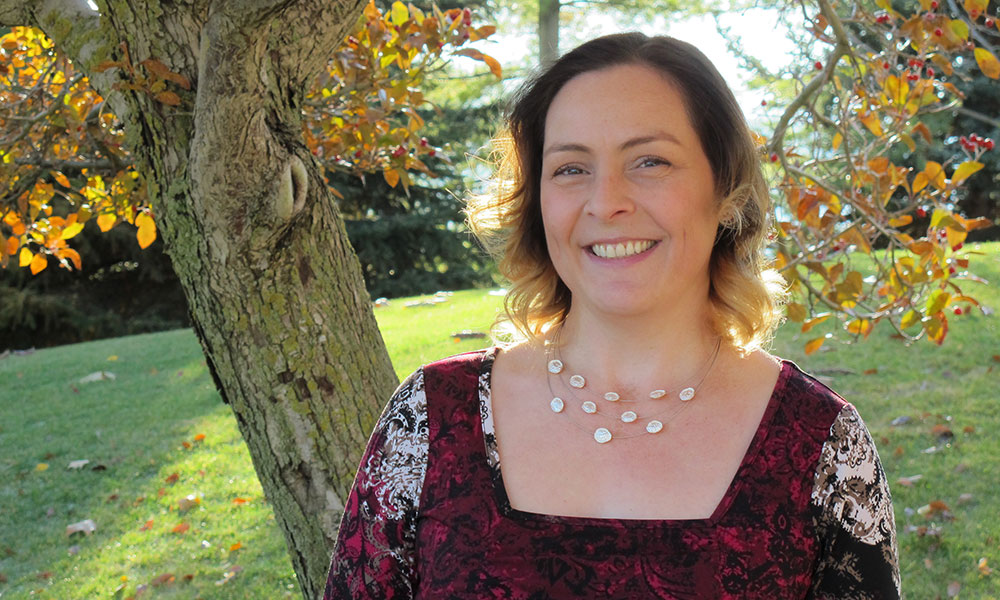 Education
Bachelor of Arts (in progress)

“The Anthropology Course Union allowed me to share my love of anthropology with people who value my contributions and ideas.”

AS A CHILD, Heather McIntyre often found herself getting lost in her imagination somewhere in ancient Egypt or Africa, or pondering a Paleolithic cave landscape in Eastern Europe. Books she read fuelled her fascination with both ancient history and the human past.

As she grew into adulthood, McIntyre set these dreams aside to begin a career and take on life’s responsibilities. She became a research analyst at a commercial-based real-estate appraisal firm in Kelowna, doing specialized work such as market analysis and historical research for First Nation specific claims.

At UBC Okanagan’s campus McIntyre found a place where she felt “welcomed with open arms,” and was able to explore new topics and push her boundaries.

“Leaving a well-paying job to go to university was a difficult choice,” she says. “Security and familiarity are hard things to cast aside, but going back to school was something I always wanted to do. It hasn’t been easy, but anything worthwhile rarely is.”

One factor that made the choice easier was the accessibility of a high-calibre university in the Okanagan Valley.

“Having UBCO in my hometown of Kelowna means I can attend school without having to relocate from family and friends. I can complete my education without accruing large amounts of debt, and I can be involved in a field I am passionate about—anthropology. Win, win, win!”

At the start of her undergraduate studies, McIntyre was hesitant to get involved, because she worried about fitting in with her fellow classmates, most of whom were much younger. She set her fears aside and joined the Anthropology Course Union, which became one of the highlights of her experience.

“Members of the course union never once treated me differently or made me feel old or unwelcome. Being part of this group has enriched my experience here at UBCO.

“It is one thing to have a love of archaeology and anthropology, but it is quite another to be able to share it in a meeting of the minds with other people who have a similar passion for the subject and value your contributions and ideas unconditionally.”

As McIntyre looks back over the last few years, she realizes that it’s never too late to go after what you really want in life.

“The only thing that ever stood between me and achieving the things I wanted to do in life was myself: my own decisions; my own uncertainty; fear of the unknown and fear of failure.”

It was a personal loss that finally taught McIntyre how to truly be brave and go after the things she wanted. After years of watching her mother fight cancer, McIntyre witnessed her mother’s indomitable spirit fight and persevere, even as her body failed her.

“If she could still hope and still smile while faced with a terminal illness, how could I let something as trivial as fear stand in my way?”

McIntyre says during her years at UBC Okanagan, she has become more confident and more determined. She credits her own personal life lessons, the support of her family, the generosity and friendship of professors, the acceptance of her classmates, and the opportunities to delve deeper into subjects she is already passionate about, like archaeology—and explore others, such as linguistics, which previously were of little interest but are now among her favourite topics.

Her collective years of personal and academic experience have created an unstoppable drive in McIntyre.

“I don’t ever want to be remembered as someone who did the bare minimum.

“Everyday I push harder and aim higher in everything I do, so I can look myself in the mirror and be proud of the person staring back at me.”