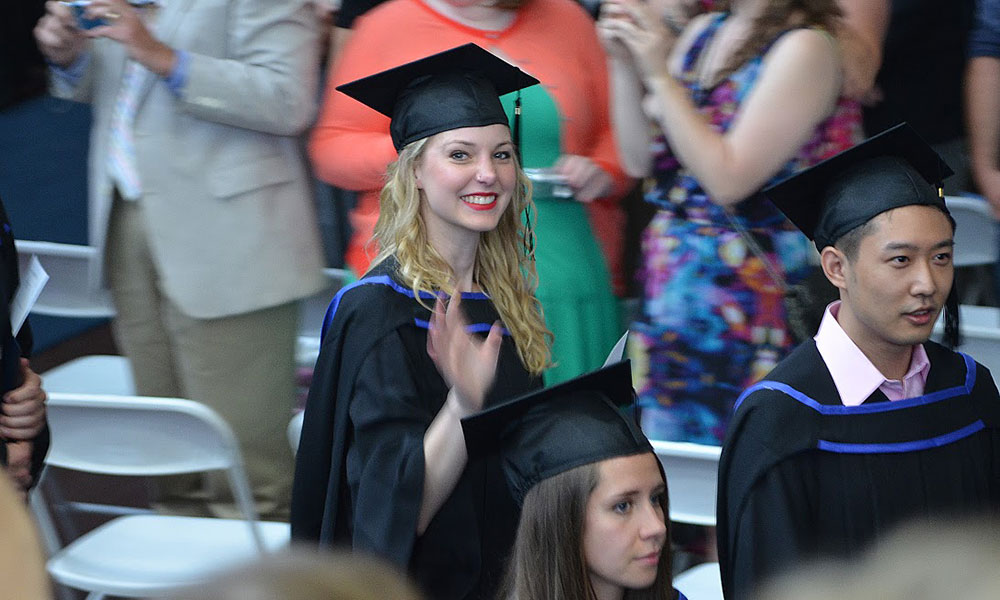 “You’ll get a chance to get your feet wet in whatever you want to do, whether it’s research, getting involved on campus, or in the community.”

IT’S HARD TO IMAGINE Savannah Hallworth lying on a couch doing nothing, yet she claims it happens… if only rarely.

It certainly hasn’t happened lately. The UBC alumna is about to embark on what will be her third long-term development project—this time in Tanzania, where she’ll establish a hub that provides job skills training to youth migrating from the country to the city. She has spent close to four of the past five years at UBC Okanagan’s campus; three years as a student and 12 months as a student support representative with Student Recruitment and Advising.

“I really, really like being busy and get anxious when there’s nothing going on,” says the UBC Okanagan International Relations grad. “I’m either going flat out or on the couch doing absolutely nothing to catch my breath.”

In just three years at UBC Okanagan, Hallworth started, joined, and led multiple clubs and initiatives, all while maintaining a strong grade point average. She started a social justice club that raised $5,000 over three years, worked as a Get Involved Program Leader, and served on the non-academic misconduct committee. 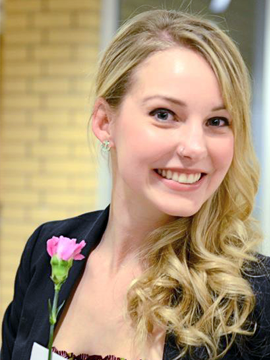 She was also honoured to be one of the first UBC Okanagan delegates to attend the World Model United Nations Conference, where students representing UN member states learn the art of diplomacy while discussing global policy issues. She also managed to squeeze in a trip to Peru (funded by an Irving K. Barber Travel Subsidy) and was awarded the Aga Khan Foundation Canada International Youth Fellowship upon graduation, which allowed her to spend eight months working as a communications analyst at the University of Central Asia in Kyrgyzstan.

Hallworth’s first semester of university was far from golden. As a first-year student at another institution, she struggled socially and academically in science courses she later realized were a bad fit.

“I started in science and did so poorly that I was placed on academic probation, so the next semester I took a range of courses—that’s when I realized that I wanted to study International Relations.”

She applied to UBC Okanagan and, after a semester travelling, hit the restart button at a campus that quickly felt like home.

“Part of the reason I applied to UBC Okanagan was because it was a smaller campus than the one I originally attended, where I had a hard time getting involved,” she says. “I wanted to be somewhere I could do the things I wanted to do and get back to being involved. I wanted to be that student who goes to see the professor after class because that’s the student I’d always been.”

Hallworth says grades are important, but so too are the experiences she’s had outside the classroom, including living in residence and working as a resident advisor (RA). It was during her second year as an RA that she chaired and mentored a committee of first year students who organized the Rejoice Cultural Fashion Show that raised $2,000 for the Stephen Lewis Foundation. It is now an annual event in April each year.

“The experience you’ll get on this campus is so different because the campus is so young,” she says. “You’ll really get a chance to get your feet wet in whatever you want to do whether it’s research, getting involved on campus, or in the community.”

When Hallworth returns from Tanzania, she plans to settle in Ottawa, which she considers the hub of international development in Canada and a wonderful outdoor playground.

“At this point, I feel ready to leave the UBC community that I call home and get my hands dirty,” she says. “I can’t sit still. I want to DO.”