For professor James Hull, history is a story waiting to be discovered, shaped, and shared by the people willing to uncover it 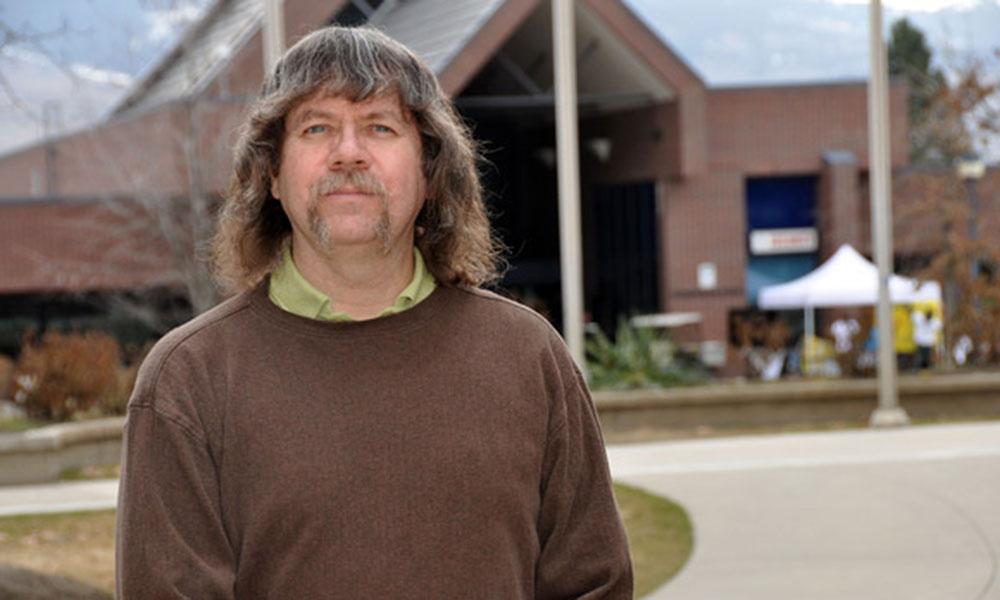 “I tell my students to discover and follow their interests, because education is never wasted.”

PROFESSOR JAMES HULL has a history with UBC and post-secondary education in the Okanagan Valley that runs deep.

Raised in Toronto, he has been teaching History courses in Kelowna for the past 25 years. Beginning with Okanagan College in 1989, he worked in tandem with UBC on joint degrees, and then joined UBC’s Okanagan campus when it opened its doors in 2005.

The history of science and technology professor has seen former students come full circle and go on to become historians themselves.

When Hull teaches the Rise of Modern Science, he uses a textbook authored by one of his previous students, now an award-winning historical researcher at the University of Queensland, Dr. Ian Hesketh, who authored Of Apes and Ancestors.

“I tell my students that the author of the book they are now using sat in their desks and took this very course. ”

As a trained historian and scientist (his first degree was a Bachelor of Science), Hull believes that history should transcend academics. He applies learned scientific principles to his research, and encourages students to get out of the classroom and connect with public history and the community.

Two notable student projects involved a couple of Hull’s students working on directed studies projects for the City of Kelowna.

One student researched wartime housing in Kelowna’s historically significant North End, and the other unearthed previously unknown information about Kelowna’s early Chinese community. Both presented their findings in reports to Kelowna’s City Council, were interviewed by the CBC, and presented at national conferences.

“One of my students discovered that at its height, 15 per cent of Kelowna’s population was Chinese,” says Hull. “This fact was a new discovery by the student over the course of their research, and has changed the way historians understand the community and sparked an interest into the city’s Chinese heritage. The student, Ross Huyskamp, used the research skills gained during this project to go and successfully finish a master’s degree and is currently completing a doctorate.”

Hull says in addition to the capital “H” courses taught in UBC Okanagan’s History department, students have the opportunity to explore small “h” courses in other departments and faculties, such as art history, the history of economics, and the philosophy of history.

“I like to tell my students to discover and follow their interests, because education is never wasted. I started out in the natural sciences before moving on to history. You might use the knowledge you gained in ways you didn’t anticipate, but that can be a good thing!”

Hull encourages all of his students to take courses that enable them to become proficient, if not excellent, writers during their undergraduate studies.

“We in the UBCO History department take writing very seriously. As historians, we imagine the past, and then we have to communicate that picture to others and try and get them to see it as we do. Writing is the way we carry others along with us.”

A FORK IN THE ROAD

Looking back, Hull sees clearly the point where his life path diverged. He was taking a course on the history of technology from Professor Bruce Sinclair, who would go on to become one of Hull’s main influencers, mentors, and supervisors at the University of Toronto.

Sinclair gave a lecture on the Industrial Revolution as an intellectual revolution, and it changed the way Hull looked at the event and at history. “I never thought about the intellectual component,” Hull says. “I was hooked. Years later, I went on to create and now teach the course here at UBCO.”

Hull, who is wrapping up his four-year term as editor-in-chief of the academic journal of the Canadian Science and Technology Historical Association, now tries to do for his students what Sinclair and other faculty mentors did for him. He prides himself on never using a teaching assistant over his 26 years of instructing.

“There is no intermediary between me and my students. You hear several students say that getting to know your professors is one of the best things a student can do, but I say having a professor get to know a student is what matters.

“Because of the close connection I develop with my students, I am able to write persuasive letters that help them get into graduate programs, win scholarships, and land jobs. The better I know a student, the better a letter I can write.”