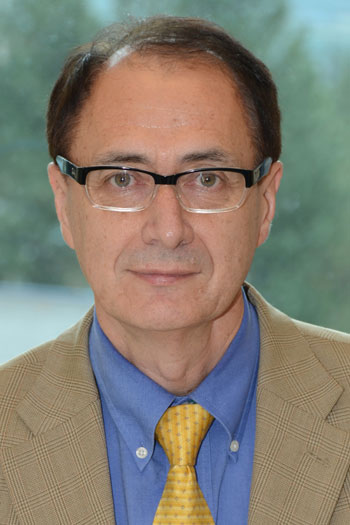 The Okanagan International Film Festival, which runs throughout the month of March, tackles the topical theme of migration.

The festival, co-sponsored by UBC’s Okanagan campus and Okanagan College presents Takes on Migration, a series of films that showcase the stories of immigrants in different countries and their struggles to make sense of their new lives.

“For the millions who face fresh lives, they experience the trials of coming to terms with their new environments, the perils of negotiating across cultures, and the anxieties of living the uncertain,” says UBC Assoc. Prof. Bernard Schulz-Cruz. “Many times having to make sacrifices and confront the past even as they embrace the new.”

The festival runs four concurrent Tuesdays from March 1 to March 22 and features films from France, Germany, Japan, and Mexico/United States. All films will have English subtitles and will be introduced by UBC Okanagan Faculty of Creative and Critical Studies professors Jean-Jacques Defert, Martin Blum, Schulz-Cruz, and Nina Langton.

The film festival is free and open to the public. The four films will be shown at Okanagan College Theatre, 1000 KLO Road, at 7 p.m. The festival is sponsored by UBC Okanagan’s French, German, Japanese, and Spanish programs, along with the Faculty of Creative and Critical Studies and Okanagan College’s Modern Languages department and International Education department. Be advised that these movies may contain adult subject matter including nudity, sex, violence, and coarse language.

This is the story of an immigrant woman struggling against old world traditions. Zouina leaves her homeland with her three children to join her husband in France, where he’s been living for the past 10 years. In a land and culture foreign to her, Zouina struggles against her mother-in-law’s tyrannical hand and her husband’s distrustful bitterness in an attempt to adjust to her life in exile.

In Hamburg, Ibrahim “Ibo” Secmez, of Turkish descent, wants to direct the first German kung-fu movie. For now, he makes commercials for his uncle’s kebab restaurant. Titzie, an aspiring actress and Ibo’s German girlfriend, finds out she’s pregnant. Ibo is uncertain about fatherhood — compounded by his father disowning him for getting a German girl pregnant — so Titzie sends him packing. He makes attempts at getting it right, but as the birth approaches, he’s still not ready. In the background are three thugs in search of good tripe soup and a Capulet-Montegue feud between the kebab joint and a Greek taverna across the street. Can Ibo be the glove upon that hand?

This movie tells the parallel stories of nine-year-old Carlitos and his mother, Rosario. In the hopes of providing a better life for her son, Rosario works illegally in the U.S. while her mother cares for Carlitos back in Mexico. Unexpected circumstances drive both Rosario and Carlitos to embark on their own journeys in a desperate attempt to reunite. Along the way, mother and son face challenges and obstacles but never lose hope that they will one day be together again.

Toru, a young man from the countryside, comes to Tokyo with dreams of running a five-star hotel but works as the manager of a short stay “love hotel” in Kabukicho. This film follows the lives of various people connected to him and the hotel. Toru’s girlfriend, Saya, struggles to become a famous musician; the cleaning woman hides her husband from the police; a Korean migrant, acting as an escort, brings her clients to the hotel. Everyone has secrets and dreams in this shady world of pleasure and pain