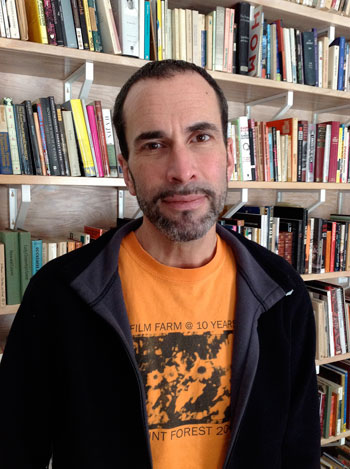 Who: John Greyson, Faculty of Creative and Critical Studies visiting scholar
What: Documentary film screening of Fig Trees and public talk
When: Film screening takes place on Monday, March 21 at 7 p.m. Public talk is on March 24 at 7 p.m.
Where: Film screening located at University Theatre (ADM 026), UBC’s Okanagan campus, Kelowna. Public talk is at the Black Box Theatre, 1375 Water Street, Kelowna.
Cost: Both events are free and open to the public.

He’s talented, outspoken, gay, and has spent months in a brutal Egyptian prison, held without charges.

Human-rights activist John Greyson is also a Toronto film/video artist and professor at York University, who will spend March 21 to 25 at UBC’s Okanagan campus working with students and faculty, screen a documentary and host a public talk about his experiences.

Greyson’s Fig Trees is a feature-length documentary about the struggles of AIDS activist Tim McCaskell of Toronto and Zackie Achmat of Cape Town as they fight for access to drug treatment.

Greyson’s public lecture, titled “Narcissus in Cairo,” will cover his seven-week detainment without charges in an Egyptian prison cell in 2013.

Both events are free and open to the public.