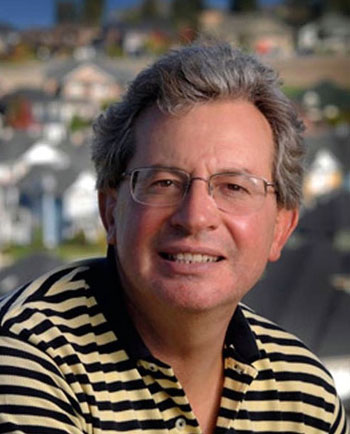 Immigrant entrepreneurs are more optimistic about doing business in Kelowna than those born in Canada, a UBC study shows.

The study, “Sustaining Immigrant Entrepreneurship in Small- and Medium-sized Cities”, was conducted by UBC Okanagan Prof. Carlos Teixeira in 2009 and 2010. The study was done in collaboration with York University Professor Lucia Lo and recently published in the Journal of Entrepreneurship and Innovation in Emerging Economies.

“Immigrants were actually more optimistic about the future of their business even though they expressed running a business in Kelowna was difficult,” says Teixeira, who teaches community, culture and global studies in the Irving K. Barber School of Arts and Sciences. “While a total of 62 per cent of immigrants believed their business would grow moving forward, only 38 per cent of non-immigrant entrepreneurs shared that optimism.

“Interestingly, when asked about their plans for the future, nearly 35 per cent of Canadian-born entrepreneurs thought they’d be out of business compared to just over 15 per cent of immigrants.”

The most common form of satisfaction in running their own business cited by both groups was independence.

The most common challenge cited was the ability to find good and reliable employees.

In a difference of opinion, 50 per cent of immigrant entrepreneurs felt government red tape was a major challenge in running a business compared to Canadian-born business people.

Non-immigrant entrepreneurs cited high operating costs as a major challenge, while only 18 per cent of their counterparts found that a problem.

If Canada hopes to attract entrepreneurs through immigration to areas outside the major centres of Toronto, Vancouver and Montreal, adds Teixeira, governments should consider some changes.

Changes could include greater cooperation between governments, economic development organizations and post-secondary institutions, as well as closer integration among municipal governments, he says.