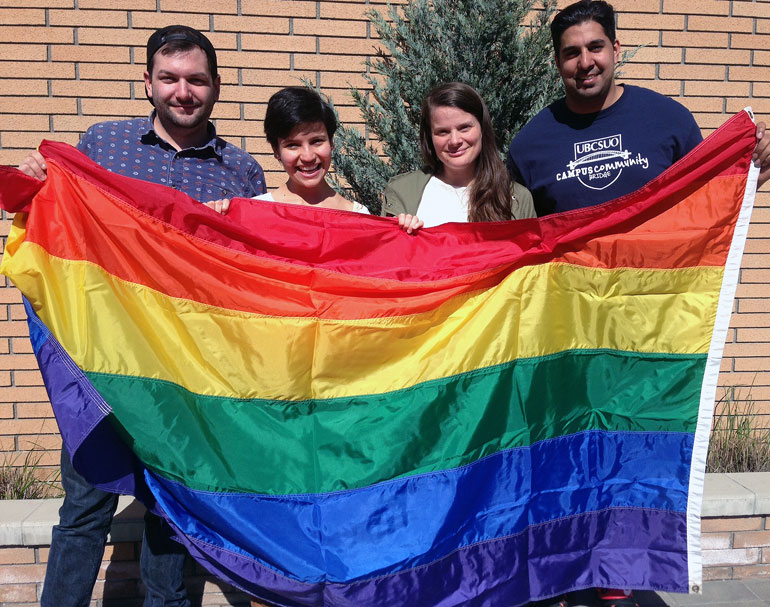 As part of an 18-month awareness-raising project, the stairs outside the University Centre will dawn colours similar to those of some crosswalks in Kelowna.

“UBC believes that all people regardless of race, religion, gender identity or sexual orientation should be able to work and study in an inclusive environment,” says Jenica Frisque, an educator at UBC Okanagan’s Equity and Inclusion Office. “These stairs will act as a symbol of UBC Okanagan’s continued commitment of support to all students and staff and its opposition to discrimination in any form.”

The stairs, which are being generously paid for by the Students’ Union, will be coloured using $3,000 of laminate and are set to open next week. The installation of the stairs follows the beginning of the Pride Alliance, which was started on campus earlier this year.

While Canada has a large number of people who support equality, we are not there yet says Ben Moody, a coordinator at UBC Okanagan’s Pride Resource Centre.

“Canada is becoming a place where a large number of people are proud to say they support issues such as gay rights and gay marriage, but that hasn’t spread everywhere,” says Moody. “Kelowna itself has experienced many issues, but with things such as the rainbow crosswalks downtown and our mayor participating in the pride march we are making progress.”

There is an official opening scheduled for the new stairs on April 18 at 11 a.m. at the entrance to the campus’ University Centre.