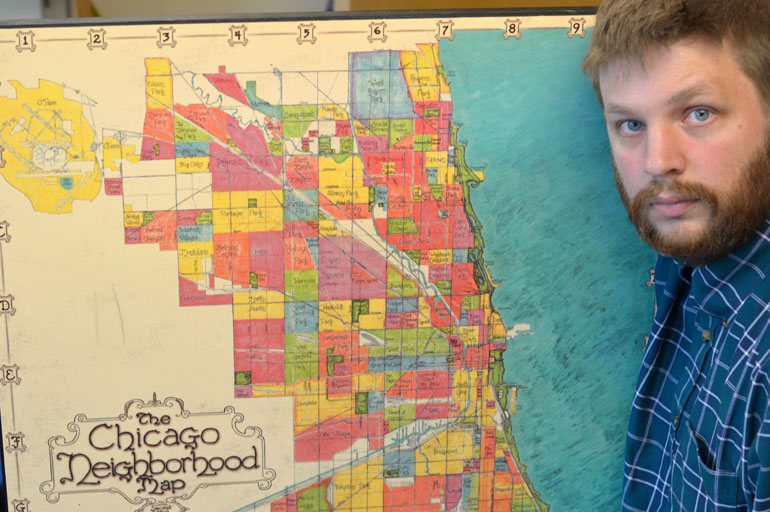 Skin colour is still a cause for suspicion among the urban middle class who are turning to technology to record and express their fears, a UBC study has concluded.

After a four-year review of a community blog, court records and mainstream media, a researcher at UBC’s Okanagan campus says that residents of a gentrifying Chicago neighbourhood associated visible minorities, mainly African Americans, with increased crime and safety risks.

“It was interesting to see how many residents expressed safety concerns about their neighbourhood in writing and through digital imagery,” says Bonar Buffam, an assist. prof. of sociology. “Even more interesting is the fact that concerned citizens were actually conducting surveillance of visible minorities, which has traditionally been associated with the state.”

Buffam refers to the broken windows theory, first introduced in 1982 by social scientists James Q. Wilson and George L. Kelling. The theory has been used to suggest that the presence of things such as broken windows, litter and vandalism actually attracts more serious crime to a neighbourhood.

Buffam’s study also determines that people who were conducting surveillance and expressing concerns were sensitive about the language being used to describe their activities.

“While efforts were made by blog contributors to keep language politically correct and free of explicitly racist language, the fact that people associated visible minorities with crime and urban decay was quite clear,” says Buffam. “It was also clear that they didn’t want their perspectives seen as racist and were quick to defend themselves if their motives were questioned.”

Buffam’s study was recently published in the journal Theoretical Criminology. To read the study, visit: tcr.sagepub.com/content/20/1/40.abstract