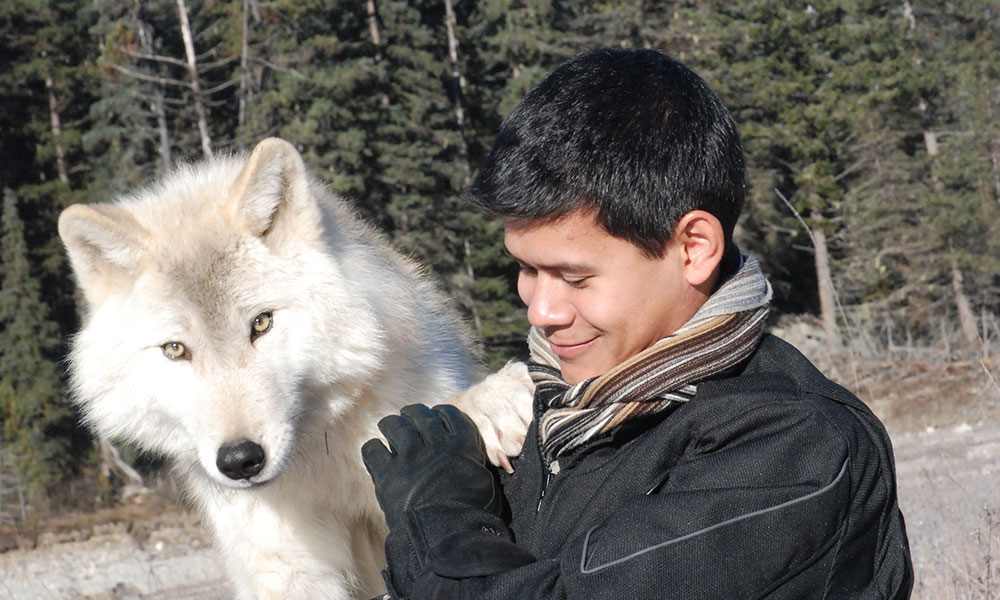 “Gender and Women’s Studies allowed me to open up to people.”

“WELCOME TO THE CALIFORNIA OF CANADA. Stay the summer if you can.”

That advice comes from UBC Okanagan alumnus Daniel Sadler, an Albertan who enjoyed every one of his four years living, learning and working in Kelowna.

Sadler was just 17 when he moved to Kelowna to attend UBC Okanagan. The decision surprised friends and family who thought he would stay in the province and eventually find work in the oil patch or move to a bigger city in Ontario.

“I went to an independent study high school that was structured much like a university so I was looking for a university with smaller classes,” Sadler says. “I’d also spent time in Kelowna when I was younger and had always loved it.”

Independent for the first time, Sadler was able to “grow into his identity” in an environment he describes as safe and supportive. Although he majored in history, he found himself drawn to gender and women’s studies classes, where he was able to explore what it meant to be a gay man moving between different ideas of privilege.

“Gender and Women’s Studies allowed me to open up to people,” he says. “Instead of feeling like I had to act and behave in a damaging, masochistic way, I realized I could find common ground with people I normally wouldn’t talk to.”

Sadler threw himself into campus life, volunteering at the Pride Centre and working as a research assistant and program worker in the Health and Wellness Centre. He was also part of a student group invited to provide UBC President Stephen Toope with feedback that led to the addition of water stations and lockers for commuter students.

He says the university was sincerely interested in what students thought. “Changes came as a result of students making their voice heard and the administration genuinely wanting students to have the best possible experience.” 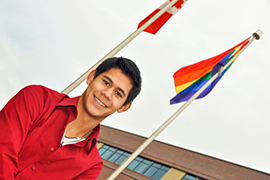 For Sadler, having the “best possible experience” meant having the opportunity to pursue several directed studies, including one exploring Canadian cruising spaces and the notion of public sex as a taboo people engage in when acceptable space doesn’t exist.

“My conclusion was that society permits deviance as long as it doesn’t occur in the public sphere and it (society) does not have to validate the deviance,” he says. “This creates a high level of risk in order for marginalized individuals to self-actualize an identity.”

A second study, examining queer space in contemporary Canadian cities, identified Calgary as having a fractured LGBT community with no definable main village or street identified as an LGBT focal point.

The result, Sadler discovered, is increased risk to people visiting clubs that have no surrounding community to insulate them. This was supported by data showing an increase in homophobic violence outside gay nightclubs.

“The high prevalence of violence shows that these spaces create a thin distinction between safety (inside) and increased violence (outside or around) compared to other places in a city.”

Sadler has returned to Alberta where he works as the Coordinator for Calgary and Area Regional Collaborative Service Delivery. He helps to ensure that children, youth and families have access to supports they need to be successful at school and in the community.

He says his experience providing support to students visiting the UBC Health and Wellness Centre helped him develop a passion for helping people.

“The work I did at UBC helped me develop a passion for the field and exposed me to the reality many people face, which is how hard it is to cope when you are ill or have no support network.”