UBC Okanagan’s courtyard is where pomp and circumstance meet shouts of joy and colourful festivities as hundreds of freshly-minted graduates celebrate their accomplishments at the university’s convocation ceremonies.

“Just remember, as you graduate today,” Gordon told the students in Friday’s ceremony, “to work hard, be persistent, be imaginative, learn from your mistakes, and have some fun. But above all, pursue your passion—whatever that passion may be.”

Bondar also gave the graduating students advice as they begin their new careers or head to graduate school. She warned students of roadblocks they might face, mentioning several that she endured including falling ill while training to get into flight school. Bondar shared “pearls of wisdom” telling the graduates that they need passion and purpose to reach their goals. No matter what career path they follow, Bondar said, they must execute a plan for success, to always be well prepared, recognize opportunities, have the courage to act on those opportunities and expect the hurdles and setbacks.

During Friday’s ceremony, Schindler gave the students a challenge. Speaking to a class of science graduates, he spoke of global warming, past world wars, acid rain, and environmental concerns and disasters of past decades. He commended Canada for being a leader in the past, but warned that without strong leadership, and science-based policy decisions, Canada will lose its ground on the world stage.

“The challenge to you graduates is to do the necessary science and to make sure the science is being used by policy makers,” Schindler said. “While the problems your generation face may seem insoluble, you must not be intimated by these problems as they are no more difficult that the ones the previous generations have faced.”

This year, to mark the honour of the 2016 centennial graduates, each student was given a small stone as they left the ceremony. UBC Deputy Vice-Chancellor and Principal of the Okanagan campus Deborah Buszard explained decorative stones represent stones that were tossed in a cairn by students in 1922 when they marched demanding a new campus be built. The cairn remains a monument today at UBC’s Vancouver campus.

“The stones symbolize the individual contributions of these students as they knew things would change only if they gathered their individual strengths together and made a collective change,” Buszard said. “Each individual has a responsibility to act, but only if you raise your individual voices together can you create a collective voice for change.” 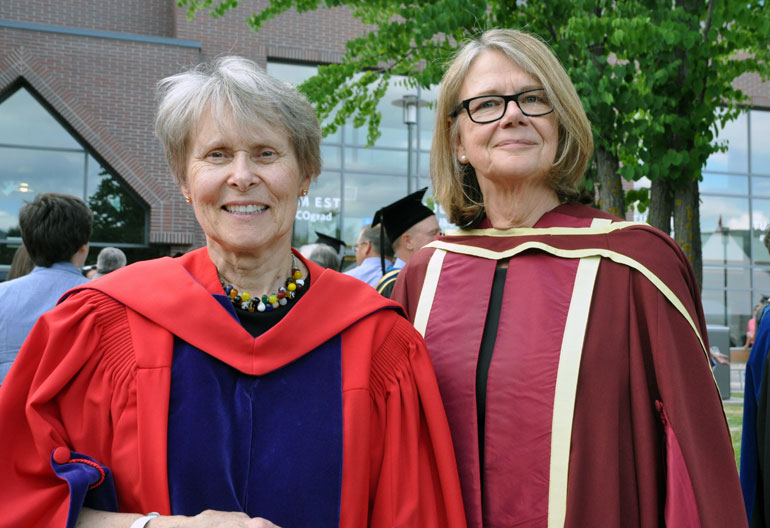 Dr. Roberta Bondar and UBC Deputy Vice-Chancellor and Principal of the Okanagan campus Deborah Buszard pose together after Thursday’s ceremony. 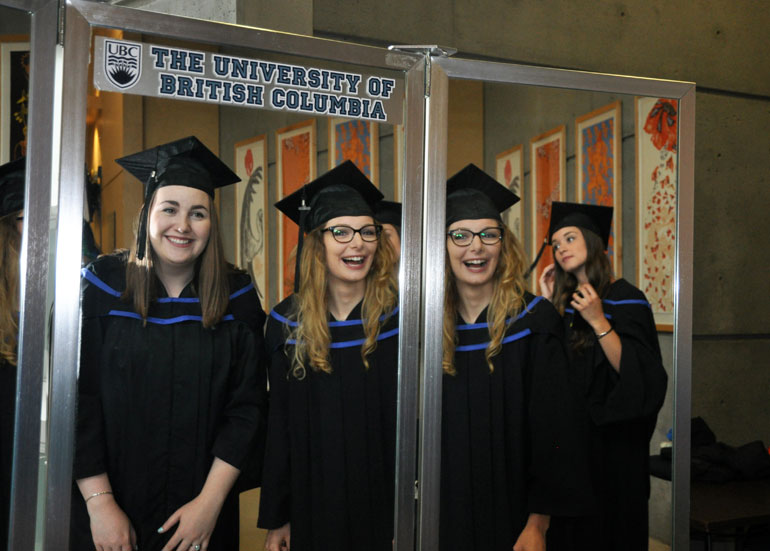 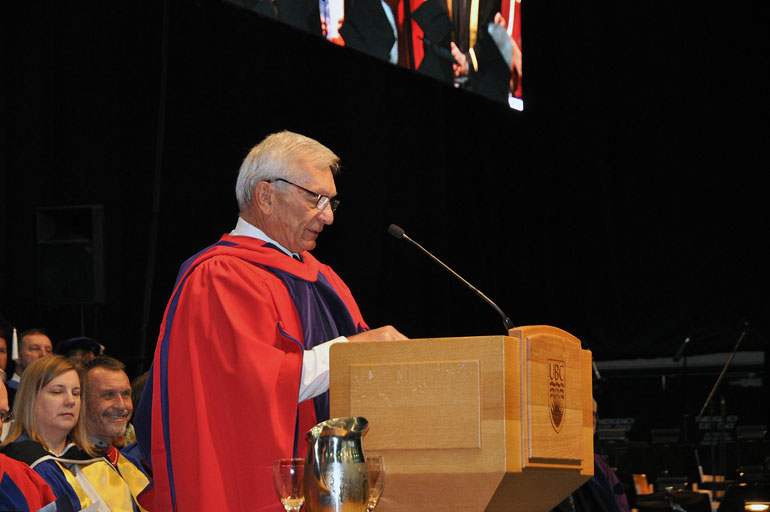 Water scientist David Schindler speaks to the science graduates from the Irving K. Barber School of Arts and Sciences