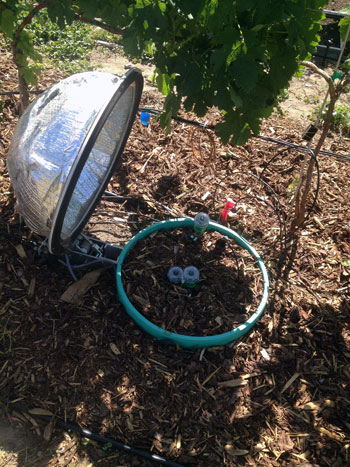 A recording chamber used by Nichol in his research was able to determine the level of nitrous oxide being emitted.

In a recent study undertaken in Kelowna-area vineyards, UBC Okanagan researchers discovered that using mulch in agriculture can cut nitrous oxide emissions up to 28 per cent.

“In addition to saving water, improving soil, combatting pests and stopping weeds, wood mulch actually reduces the release of a greenhouse gas 300 times more potent than carbon dioxide,” says Craig Nichol, senior instructor of Earth and Environmental Sciences. “Provided you are not driving great distances to obtain the mulch, it would appear that mulch could be a powerful tool in helping to reduce greenhouse gas emissions, particularly if used in these agricultural systems.”

Nichol’s research was part of a two-year study in which small emissions-recording chambers were placed on top of bare soil as well as soil covered by mulch.

According to Agriculture and Agri-Food Canada, nitrous oxide emitted from soil accounts for one-half of agriculture emissions that contribute to global warming. Emission levels are often higher in agricultural soil due to the use fertilizers and manure.

Nichol’s research was part of a larger study with fellow UBC researchers Melanie Jones and Louise Nelson. The study was recently published in the journal Agricultural Water Management. To find out more, visit: sciencedirect.com/science/article/pii/S0378377416300592 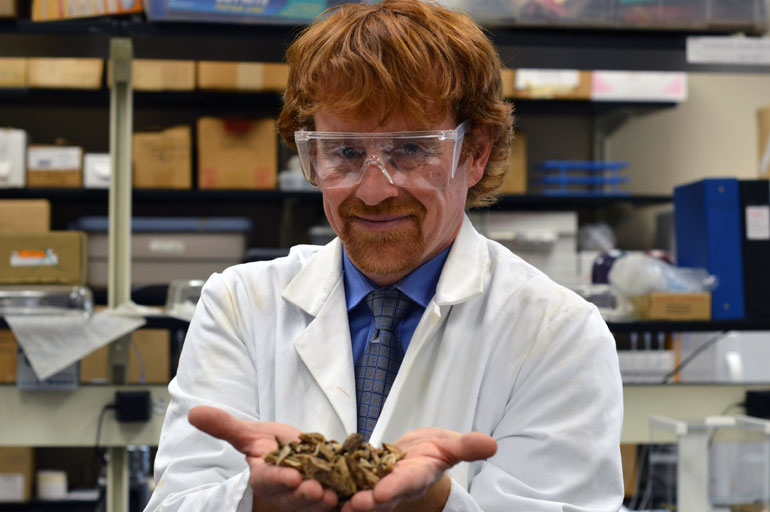