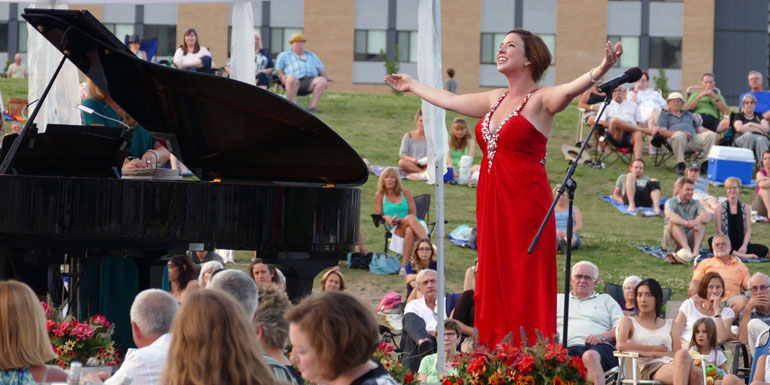 What: Opera Under the Stars
Who: Opera Kelowna
When: Wednesday, August 3 at 8 p.m.
Where: UBC Okanagan’s central courtyard, 3333 University Way, Kelowna

UBC Okanagan’s courtyard will be filled with the sounds of music as Opera Kelowna presents a free evening concert at the university.

Opera Under the Stars will include arias, duets and chorus selections by Opera Kelowna’s professional opera singers. They will take an evening away from their rehearsals of Mozart’s “Die Zauberflöte” (Magic Flute), which will be performed fully staged and orchestrated later in the month.

A special collaboration between Opera Kelowna and UBC Okanagan, the event offers area residents and summer visitors an opportunity to enjoy outstanding operatic performers in an informal and picturesque outdoor setting.

The open-air concert is free and the public is invited to bring picnic blankets or chairs and find their favourite spots around the courtyard. Parking for the evening is complimentary.

The concert is part of Opera Kelowna’s 2016 summer series. For more about Opera Kelowna’s Aug. 12, 13 and 14 presentations of Mozart’s “Die Zauberflöte” visit www.operakelowna.com/opera-stars-2016/