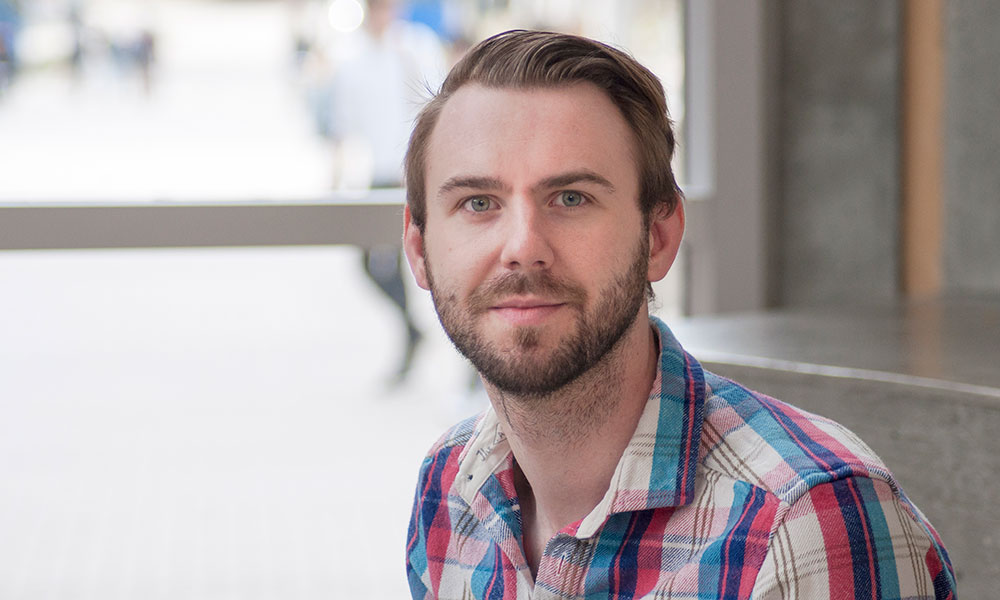 “I am driven to find out why violent conflict is a continual presence in countries around the world.”

IF YOU HAPPEN TO FIND a locked dog crate full of money in Somalia, don’t touch it—or the community will impart severe consequences. In the absence of a secure banking system, this is one culturally identified way that Somalis have constructed to keep their money safe.

Andrew Geistlinger, Latin American and Iberian Studies student, is interested in this and other ways that people establish political order in failed states.

Geistlinger, who previously focused his studies on Somalia, has now turned his attention to Colombia. He says that all failed states have certain elements in common, and there are parallels to be drawn and lessons to be learned from each case.

YOU GET WHAT YOU GIVE

Geistlinger’s interest in conflict-states and political order started during his undergraduate studies at UBC Okanagan in classes taught by Jim Rochlin, who has a reputation among students for delivering difficult courses. Geistlinger found out first-hand that the rumours were true—but for those who persevere, the experience can be life-changing.

“Taking one of Professor Rochlin’s courses is probably the best experience and undergraduate at UBCO can have,” says Geistlinger. “He asks a lot of his students, but you get a lot in return. He is one of the primary reasons I am now doing graduate work on violence in Colombia under his supervision.”

Geistlinger completed his undergraduate degree at UBC Okanagan. After earning an MA in International Conflict Studies from King’s College in London, he was lured back to the Okanagan by the quality of the university’s scholarship.

As a graduate student, he now finds himself working closely with another of his undergraduate degree mentors, Associate Professor Jessica Stites Mor, who is also the Editor-in-Chief of the prominent Canadian Journal of Latin American and Caribbean Studies.

Geistlinger serves as editorial assistant for the publication, which is housed in UBC Okanagan’s Institute for Community Engaged Research (ICER). The Institute brings together students from a broad range of backgrounds and disciplines, including anthropology, gender studies, indigenous studies, economics, education, health studies, human geography, nursing and social work.

“I am driven to find out why violent conflict is a continual presence in countries around the world,” he says. “My research on Colombia shows that even now that the civil war that has been ongoing for half a decade is (hopefully) coming to an end, the conditions that underpin gross violations of human rights still exist.

“Thanks to the support of professors like Jim Rochlin, Carl Hodge, Adam Jones and Jessica Stites Mor, I’ve been able to really sink my teeth into this problem.”

RESEARCH WITH A PURPOSE

Colombia is in the process of reinventing itself, but Geistlinger’s research demonstrates that while conditions are improving in parts of the country, violence is still a reality for much of the population, especially those in rural settings.

“Illegal armed groups in the country have displaced almost a third of the population—about six million people,” he explains.

“One of the main reasons is the boom in palm-oil production. Paramilitary groups come into an area, slaughter the local population, and drive the rest off their traditional land, so they can turn and sell the property to foreign companies to grow palm oil—something found in almost 50 per cent of products on worldwide grocery shelves.”

Through his work with UBC Okanagan collaborators in the Department of Latin American and Iberian Studies, and colleagues working in ICER, Geistlinger hopes his research will inform trade agreements and practices, and encourage nations like Canada to put pressure on the Colombian government to improve human-rights conditions.