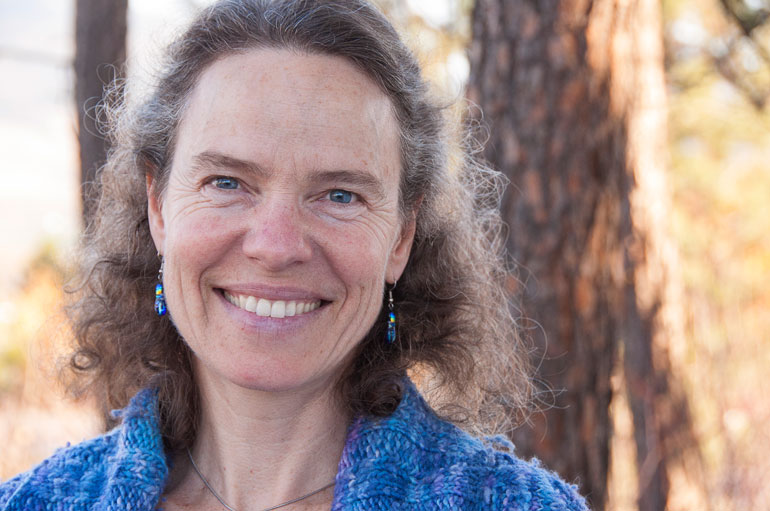 Other management strategies are prescribed burning and clearcutting—which Tyson says cause severe changes to the landscape and have not been proven to stop the spread of the beetle.

Tyson explains that each summer, the adult beetle emerges from a tree and looks for a new one where it will nest. Once that tree is found, the beetle emits a pheromone to attract other beetles to the same tree. Other beetles arrive, release more pheromone and the tree is attacked as adult beetles drill into the bark and make tunnels where they lay eggs. By the following summer, the eggs have hatched and turned into adults, and that tree is dead, with the needles turning red. The cycle continues as the beetles move to a neighbouring tree.

Under normal population control circumstances, when a tree is baited with pheromone, it is cut down in winter when the larvae are trapped inside, explains Tyson. Crews also search for other trees near the baited one, and all trees identified to contain beetles are removed.

“If all goes well,” says Tyson “the beetle population is so severely reduced that it dies out.”

However, her modelling indicates that pheromone baiting is not working precisely the way it was expected.

“From the field work done in Banff, we know that baiting didn’t stop the beetle epidemic,” says Tyson. “Baiting may have slowed it down, but it did not stop it.”

Tyson explains that when the beetle population is low, the beetles actually have a hard time finding each other in the first place. Additional pheromone, placed by humans, help those beetles find each other and attack a tree—the baited one.

“With pheromone baiting, this means that humans have put strong signals in the forest that help the beetles find each other. They can then collect in sufficient numbers to attack a tree,” she explains. “In these situations, baiting is making things worse for the trees.”

Tyson describes the mountain pine beetle as an endemic pest capable of killing entire stands of mature pine. And while the beetle has a short lifespan, climate change and warmer winters have helped the population increase during an epidemic that began in the late 1990s.

Simulation modelling such as the method Tyson used with the mountain pine beetle can be used to help predict the influence of management strategies without creating harm to the landscape.

“This information could be very useful in determining appropriate management responses to future epidemics, and possibly also to the current epidemic as it spreads across the boreal forest,” she says. “If more data is gathered on mountain pine beetle dispersal and response to forest edges, we can continue to refine our model and predictions to provide an informative approach for future management decisions.”

Tyson’s research was recently published in ScienceDirect. To find out more, visit: www.sciencedirect.com/science/article/pii/S0304380016302514