UBC researchers have determined how fungi found in the roots of trees regulate forest diversity through their effects on seedlings.

A large-scale, multi-year study, examined the roots of dozens of varieties of trees, taking note of which type of fungus was found with the roots. The investigation determined the type of fungi that a tree associates with determines the extent to which seedlings are damaged by root pathogens and herbivores. Basically, the growth and survival of those seedlings depends on its root-associated fungi. 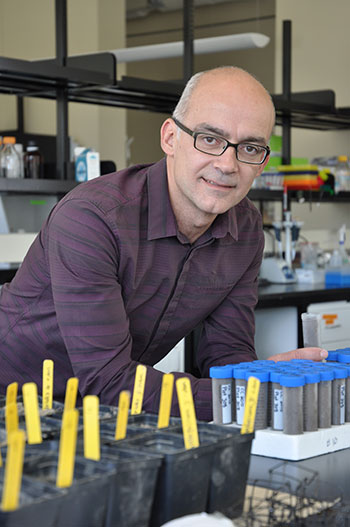 John Klironomos is a professor of biology at UBC’s Okanagan campus.

John Klironomos, professor of biology at UBC’s Okanagan campus, says the newly-published study verifies how plant interactions with these root-associated fungi affect the biodiversity of a forest.

“Scientists are always asking ‘what drives biodiversity?’” says Klironomos. “This study concludes that the mycorrhizal type of root system—one that has a mutually beneficial or symbiotic relationship with fungus—is an important contributor to population regulation and community structure.”

The research team, including UBC’s Miranda Hart and Jonathan Bennett, studied trees and their interactions with fungi in temperate forests; with samples of soil and seedlings coming from 55 species of trees at 550 locations in North America. Their work examined soil, seedlings, and fungi on the roots; comparing the effects on plant growth and survival between two specific types of mycorrhizal fungi.

“Although scientists have been trying to determine the processes that drive biodiversity for more than 100 years, we still don’t have a firm handle on it,” says Bennett, lead author of the study and a postdoctoral fellow working with Klironomos. “With this study, we show that the type of fungi found in plant roots regulates population growth, with potentially critical consequences for plant biodiversity.”

Klironomos, a fellow of the Royal Society of Canada, explains that the roots of most plants are connected to different types of fungi, with ectomycorrhizal (EM) fungi and arbuscular mycorrhizal (AM) fungi being the most common. The two are not alike, as EM create a protective sheath over the roots systems and AM don’t.

“We think that this is because the EM fungus covers the outside of the growing root, and thereby protects the seedlings from pathogens and herbivores,” he explains. “This study concludes that the type of symbiotic relationship between plant roots with fungus is an important contributor to population regulation and community structure in forest ecosystems.”

Knowing what’s going on under the ground is vital when it comes to protecting forests and developing forest management strategies, Klironomos adds.

“The type of mycorrhiza certainly influences the population,” he says. “Ectomycorrhizal systems assist trees of the same species. By contrast, the arbuscular mycorrhizas fail to adequately assist similar species, so the trees are not protected by the fungus and do not thrive.”

Klironomos’ research was recently published in Science and was funded by an NSERC Discovery Grant and Accelerator Award and an NSERC postdoctoral fellowship for Bennett. 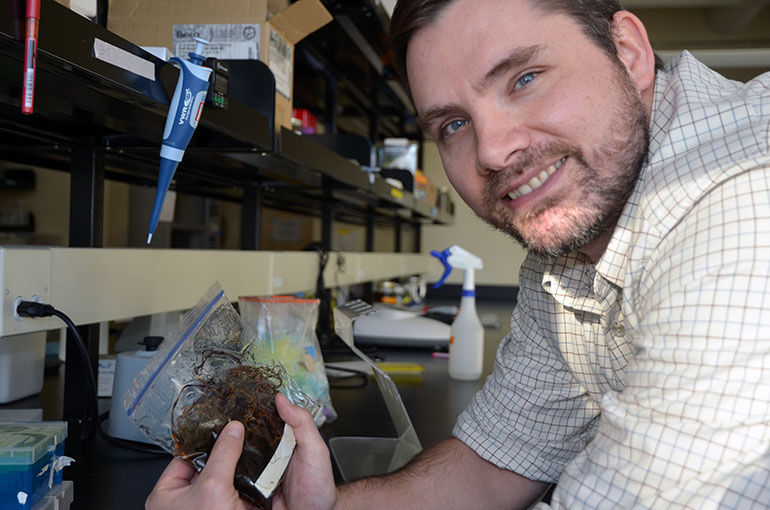 Jonathan Bennett is a postdoctoral fellow in Klironomos’ research lab.