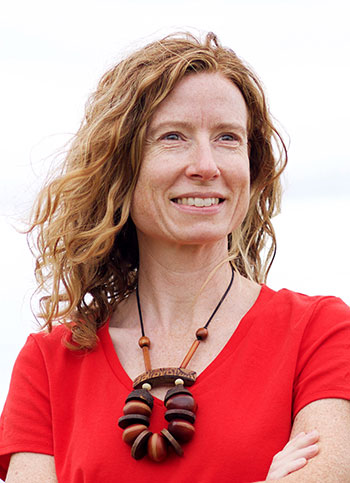 “Unless steps are taken to reduce human-bear interactions, we will see an increase in bears that are habituated to humans, leading to property damage, human injuries and more dead bears,” says Lael Parrott, professor of Biology and Earth and Environmental Sciences at UBC Okanagan.

“These situations are unacceptable and sustainable solutions are needed. One approach is to implement education programs that teach humans how to keep their properties attractant-free and how to behave during a bear encounter.”

Parrott, along with UBC mathematics Associate Professor Rebecca Tyson and student research assistants, developed a computer model to simulate the effectiveness of human-bear awareness education about bear movement and foraging behaviour in an urban setting. The program, based on field data, made it possible to run hundreds of scenarios and investigate the outcomes and best practices. In the model, bear awareness education included training about proper garbage disposal and deterrent use. 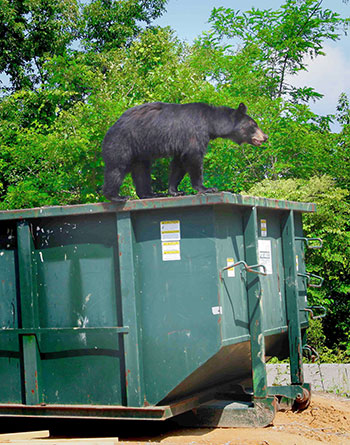 “Our model suggests that bear management strategies involving education programs reduce the number of ‘conflict bears,’” says Parrott. “Although this is a computer simulation, it is required since some field studies are unethical or extremely difficult to take on. Modelling provides a useful and cost-effective alternative and can be used to select promising programs for further field study.”

Parrott’s team is testing some of these solutions in Whistler, BC.

The American black bear’s habitat includes Canada, the United States, and Northern Mexico. According to Wildsafe BC, British Columbia has one of the highest populations of black bears in the world—between 120,000 and 150,000 animals. And there are some 25,000 reported sightings each year. Bears require about 20,000 calories a day to prepare for hibernation; during this time, some bears are attracted to residential areas by fruit trees and unsecured garbage.

The study, published in Ecological Modelling, was funded by the Natural Sciences and Engineering Research Council (NSERC).