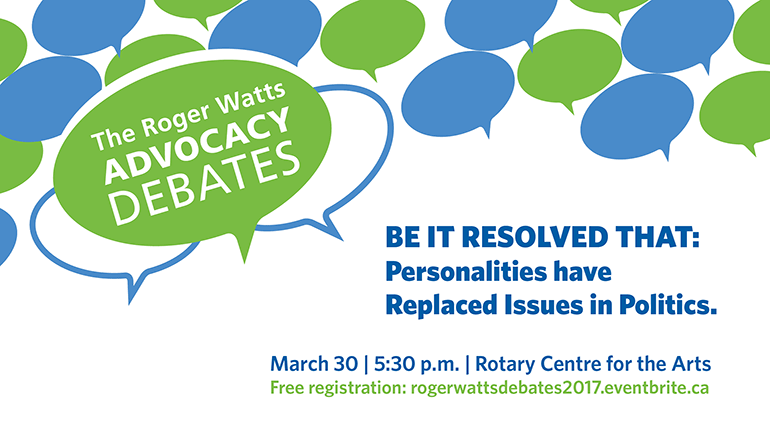 The Donald is in the White House. And people are wondering—has the political world been colonized by celebrity culture?

Students, faculty and members of the public are invited to watch UBC Okanagan’s most talented debaters tackle what might be the most important question of our time—Be It Resolved That Personalities Have Replaced Issues In Politics.

Student debaters will be judged by a panel of community judges and a prize of $1,000 will be awarded for first place, with $500 for the runners-up. This public event is free and followed by a reception.

The Roger Watts Advocacy Debates is a partnership of the Department of Philosophy, Political Science and Economics at UBC’s Okanagan campus and a community advisory committee. The debates are named after the late Roger Watts, a respected member of the Okanagan’s legal community, and a skilled orator and a strong advocate.