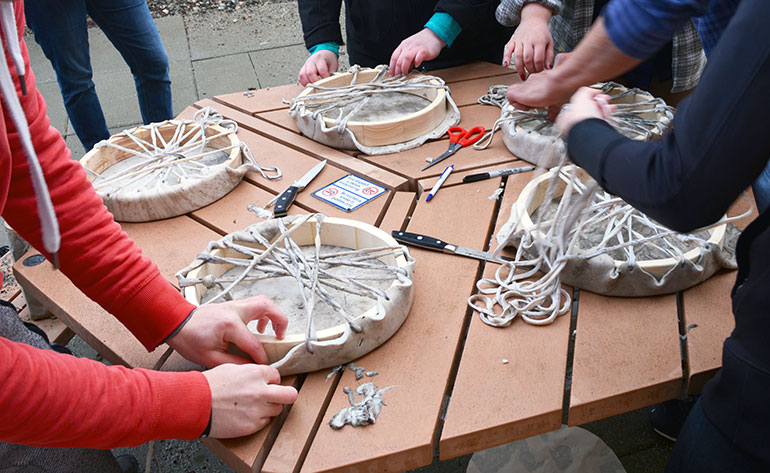 The drum Academic Advisor Jessica Beck made will be given to her close friend Randy Grice, a UBC student in the Go Global Program, who is currently wrapping up his studies abroad in France.

First Nation traditional teachings promote the practice of giving away the first drum you make. They also define wealth not as personal possessions, but rather what you can contribute to the health and well-being of your community.

For Associate Academic Advisor Jessica Beck, giving up a weekend was a small price to pay in order to produce a drum for her long-time friend Randy Grice, an Aboriginal student studying abroad in the Go Global Program.

Grice was intrigued by the drum making workshop after receiving the APS weekly update in France.

“Randy messaged me saying it looked really cool and he wished he could take part,” recalled Beck who is of German descent. “It was something I wanted to do for him but I was nervous of being the only (Caucasian) person and maybe I would be treated differently.

“But everyone was so welcoming and helpful. We really worked as a team. I didn’t feel like an outsider at all.”

Throughout the weekend, Grice sent Beck words of encouragement via text messages from halfway around the world.

“When Jessica spent her weekend learning about and partaking in the traditions involved in creating a ceremonial drum for me — a student on exchange and unable to participate — it was not merely a token gesture,” said Grice. “Her choosing to participate in my place is the perfect demonstration of the communal support prominent around the (Aboriginal) Centre, and there are few words that can describe the gratitude I feel.”

The generosity of giving away your first drum can be a form of healing within community as well. A visual arts student is hoping the drum will help her reconnect with a family member.

“The drum for me has to have a healing aspect to it. I need it to be a bridge,” said Barb Dawson. “I’m giving it to a cousin I haven’t spoken to in a couple years. There was a misunderstanding and I miss her. I hope she accepts it.”

Drum making participants started their two-day journey with a smudge, the burning of sage, and sharing circle in the Aboriginal Centre with knowledge-keepers Diane Roy and Don Ross. Due to student advising appointments on the Friday afternoon, Beck had to leave the sharing circle early but showed up Saturday morning eager to roll up her sleeves.

“The tricky part is you first approach this giant (moose) hide. It’s a dead animal and smells a lot. We were taught you have to embrace it and respect it,” recalls Beck, a Vernon resident. “Don said we are honouring the animal and Diane, in her prayer, said not to fight this difficult process. But rather to be guided through it and to recognize it.”

First-time drum makers were surprised how thick moose hide is and how difficult it can be to cut. While the drum was primarily moose hide, thinner deer hide strips were used to secure the thicker hide onto the wooden hoop and to fashion the drumstick. The overall drum production took up two hours on the Friday, six on Saturday and 5.5 on Sunday.

“Everyone who participated really loved it,” said Aboriginal Program Administrator Chris Alexander who coordinated the weekend. “The moose hide is a little tougher to work with than deer hide. Making a drum is hard work at first but everyone commented on how worth it was when it all comes together.”

Working with the hide was somewhat of a time machine for Aboriginal student Danielle Jerowsky.

“I would always help my dad skin and prep the animals he hunted. I haven’t been able to do that for a couple years because of school, so it was really special to be involved in a traditional activity that reminded me of hunting with my dad,” said Jerowsky.

“The hide was a lot tougher and stronger than what I expected,” she added.

Following the scraping, stretching and securing the hide to the wooden hoop, the drums dried overnight in the Aboriginal Centre.

“When Diane came around and smudged it after, she said the smudging helped it rest. It’s been a through a tough process and after it rests, it will find its voice,” explains Beck.

As it turned out, Beck’s generosity was not limited to the drum making. The Vernon resident went out of her way to bring Aboriginal Access Student Ty Louis to campus for the event.

“It was helpful because transit does not run (to the North Okanagan) on the weekends. It gave me an opportunity to do something other than my usual weekend routines,” said Louis. 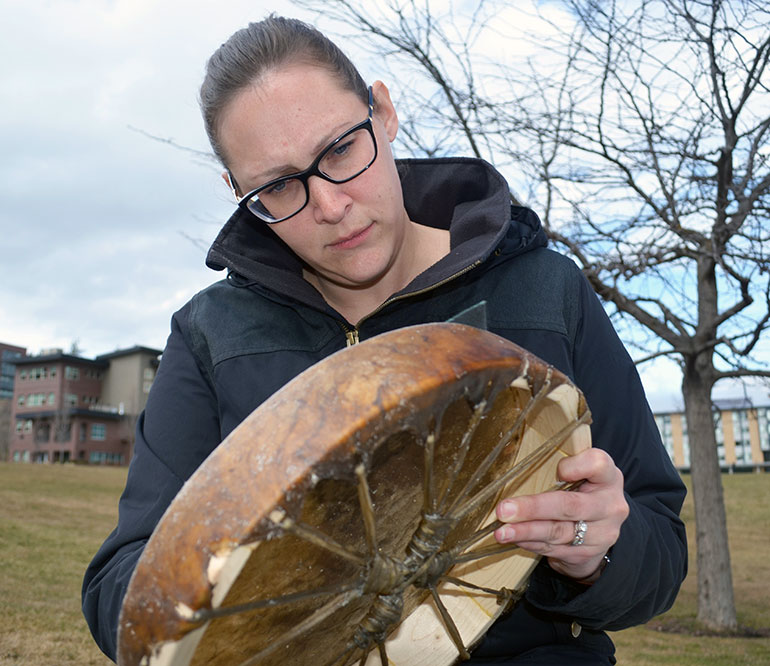 The Aboriginal Programs & Services Drum Making event took place outside UNC over a weekend. After her drum dried, Academic Advisor Jessica Beck used her lunch break to sand the rough patches off the moose hide. 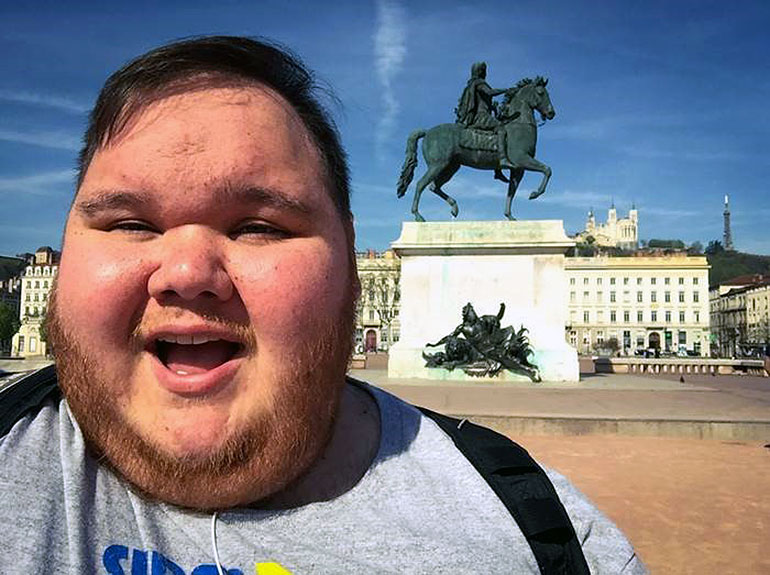 A selfie from Randy Grice from Place Bellecour in Lyon while he’s on exchange in France. The Statue is Louis XIV on the horse, and on the hill behind it is La Basilique Notre-Dame de Fourvière and La Tour Métallique de Fourvière.