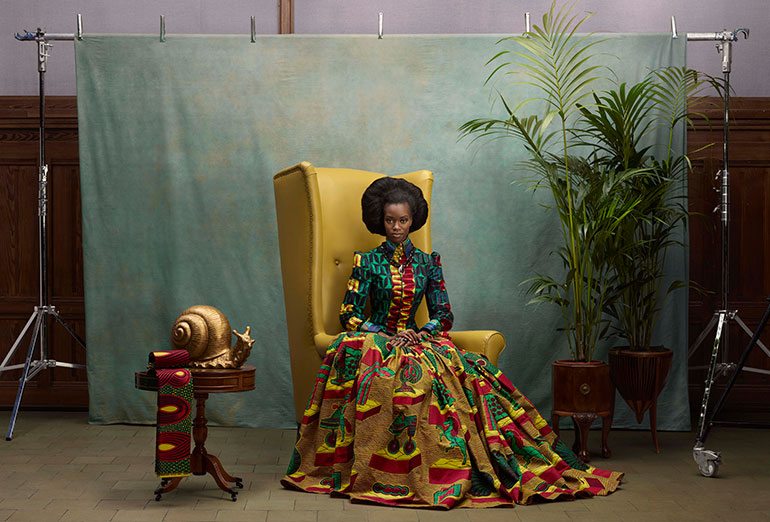 African stylishness and cosmopolitanism, past and present, is on display in a major exhibition curated by UBC professor Suzanne Gott at the Fowler Museum at the University of California, Los Angeles.

Gott, an assoc. prof. in UBC Okanagan’s Faculty of Creative and Critical Studies, is the lead curator for African-Print Fashion Now! A Story of Taste, Globalization, and Style and a co-editor and author of the accompanying book.

The exhibit at UCLA showcases the history and importance of African-print fashion, the international prominence of African designers and the changing grassroots designs of West and Central Africa’s individually commissioned local print fashions.

“In Africa, fashion is an art form that everyone participates in,” says Gott.

The exhibition shows how African-print cloth, created specifically for local consumers in the late 19th century, became fundamental for West and Central African fashion and an inspiration for 21st century African designers. There is an increasing interconnectedness between contemporary individually commissioned “popular” African-print fashions and African designers’ runway styles. 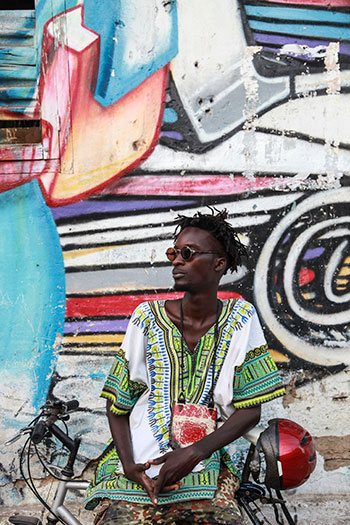 Gott has been researching women’s popular fashion in Ghana since 1990. While working on her PhD at Indiana University, she travelled to the city of Kumasi in Ghana’s Ashanti region for a year’s research with local seamstresses, tailors, and fashion-conscious Kumasi women. During the next two decades, she returned to Kumasi several times and in 2012 spent a full year in Ghana as a Fulbright scholar.

When Gott first came to Kumasi, she found that African-print cloth was not only fashioned into the latest styles but was also kept as a resource to pay for children’s schooling or businesses endeavors.

“African prints by the Dutch manufacturer Vlisco were the most highly valued, and women stockpiled these costly textiles as a form of wealth for the future.”

However, African-print production shifted to Asia after consumers’ spending power was significantly reduced in the 1990s by World Bank/IMF structural adjustment programs. Although many Ghanaian women can no longer buy more costly European- or African-manufactured prints, the greater affordability of Chinese-manufactured African prints has revitalized local African-print fashion.

“This has also stimulated a fashion boom of new runway-inspired dress styles among the younger African generation.”

The increasing use of the internet and social media by African youth is also creating new virtual African-print fashion communities in Africa and the diaspora.

African prints were initially developed by European manufacturers in the late 19th century, also produced in Africa since the mid-20th -century independence era, and are produced now in Asia. However, Gott notes they owe their existence to African patronage and the demanding tastes of their ever-fashionable consumers.

Gott brings her research into UBC classrooms, particularly in her third-year African Dress and Fashion course. Many students know little about this continent, she says, explaining that there is little documentation of African agency over centuries of trade with Asia, the Middle East, and Europe.

Her exhibit is at UCLA until late July and then travels to the Memphis Brooks Museum of Art, the Mint Museum in Charleston, and the Museum of Art and Design in New York City. For more information about African-Print Fashion Now! A Story of Taste, Globalization, and Style, visit fowler.ucla.edu/exhibitions/african-print-fashion-now