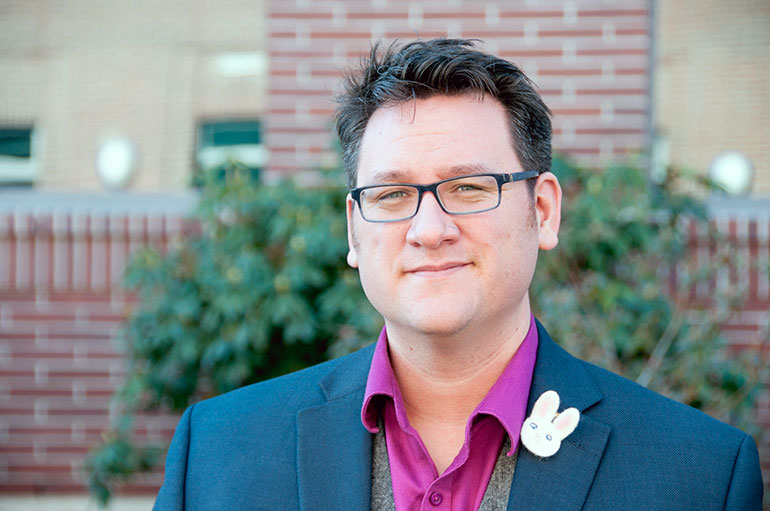 After some serious number crunching, a UBC researcher has come up with a mathematical model for a viable time machine.

Ben Tippett, a mathematics and physics instructor at UBC’s Okanagan campus, recently published a study about the feasibility of time travel. Tippett, whose field of expertise is Einstein’s theory of general relativity, studies black holes and science fiction when he’s not teaching. Using math and physics, he has created a formula that describes a method for time travel.

“People think of time travel as something fictional,” says Tippett. “And we tend to think it’s not possible because we don’t actually do it. But, mathematically, it is possible.”

Ever since H.G. Wells published his book Time Machine in 1885, people have been curious about time travel—and scientists have worked to solve or disprove the theory. In 1915 Albert Einstein announced his theory of general relativity, stating that gravitational fields are caused by distortions in the fabric of space and time. More than 100 years later, the LIGO Scientific Collaboration—an international team of physics institutes and research groups—announced the detection of gravitational waves generated by colliding black holes billions of light years away, confirming Einstein’s theory.

The division of space into three dimensions, with time in a separate dimension by itself, is incorrect, says Tippett. The four dimensions should be imagined simultaneously, where different directions are connected, as a space-time continuum. Using Einstein’s theory, Tippett explains that the curvature of space-time accounts for the curved orbits of the planets.

In “flat” or uncurved space-time, planets and stars would move in straight lines. In the vicinity of a massive star, space-time geometry becomes curved and the straight trajectories of nearby planets will follow the curvature and bend around the star.

“The time direction of the space-time surface also shows curvature. There is evidence showing the closer to a black hole we get, time moves slower,” says Tippett. “My model of a time machine uses the curved space-time—to bend time into a circle for the passengers, not in a straight line. That circle takes us back in time.”

While it is possible to describe this type of time travel using a mathematical equation, Tippett doubts that anyone will ever build a machine to make it work.

“H.G. Wells popularized the term ‘time machine’ and he left people with the thought that an explorer would need a ‘machine or special box’ to actually accomplish time travel,” Tippett says. “While is it mathematically feasible, it is not yet possible to build a space-time machine because we need materials—which we call exotic matter—to bend space-time in these impossible ways, but they have yet to be discovered.”

For his research, Tippett created a mathematical model of a Traversable Acausal Retrograde Domain in Space-time (TARDIS). He describes it as a bubble of space-time geometry which carries its contents backward and forward through space and time as it tours a large circular path. The bubble moves through space-time at speeds greater than the speed of light at times, allowing it to move backward in time.

“Studying space-time is both fascinating and problematic. And it’s also a fun way to use math and physics,” says Tippett. “Experts in my field have been exploring the possibility of mathematical time machines since 1949. And my research presents a new method for doing it.”

Tippett’s research was recently published in the IOPscience Journal Classical and Quantum Gravity.