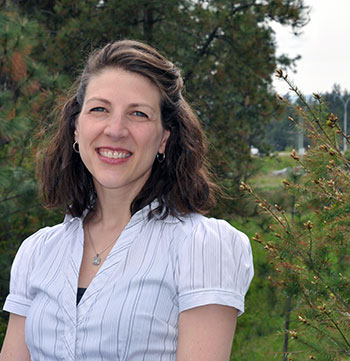 A UBC researcher suggests it’s best to stop texting and instead make face-to-face contact when someone reaches out in need of support.

“It was fairly clear that even though people may be connected socially through a device, it may not be the best way to communicate during a stressful experience,” Holtzman says. “In both experiments, respondents’ positive mood was significantly higher after receiving in-person support, compared to those who received support through text messages.”

Study participants were given a stressful task and then randomly assigned to receive emotional support either in person, via text messaging, or to receive no support at all.

“Social support has been identified as one of the most powerful predictors of well-being, particularly during times of stress,” she says. “Our results suggest that there may be costs to an increasing reliance on digital forms of communication, such as text messaging, to connect and exchange support with our social networks.”

Holtzman reports that digitally-mediated communication lacks a number of visual and auditory cues—signals that have important implications for human well-being. For example, research has shown that viewing photographs of a loved one’s face or hearing a mother’s voice can have stress-cushioning effects. Text communication, she says, is also more likely to be misinterpreted, thereby reducing the effectiveness of support attempts.

Participants in her study, aged between 18 and 25, are part of a cultural context where text messaging is a valued source of connection, she explains. This is important to note because when a close friend provided emotional support during the study, either in-person or by text message, satisfaction was virtually identical. So even though text messaging doesn’t appear to be as effective at boosting mood, it may remain a popular method of seeking support because of that sense of connection it offers people in that age group.

Holtzman also notes a growing trend for some crisis lines to use text messaging and online chat services to respond to calls for help.

“We don’t want to say that texting is good or bad as there are definite benefits when it comes to using text messages to communicate—especially when people don’t feel comfortable making a phone call or reaching out face-to-face,” she says. “But we still have a long way to go in understanding how to best support people through text messages and other forms of digital communication.”

Holtzman’s research was recently published in Computers in Human Behaviour and was funded by grants from the Social Sciences and Humanities Research Council and the University of British Columbia.