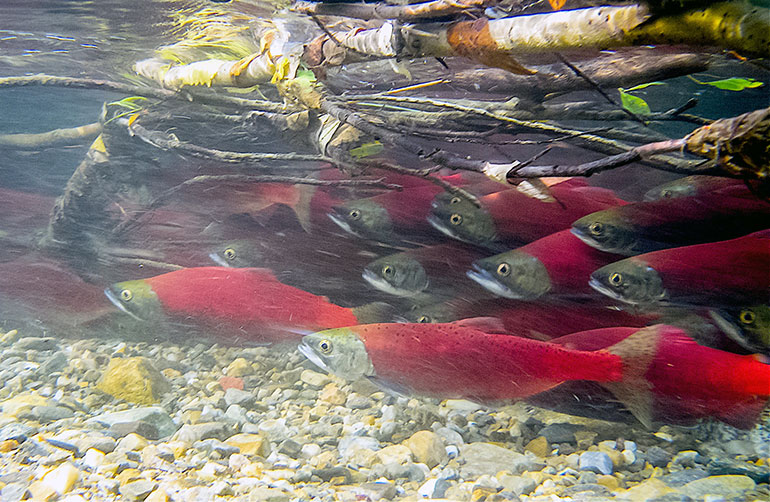 The markers, called single nucleotide polymorphisms, are individual locations in the genome that, in this case, allow researchers to distinguish between the different variants of sockeye salmon: those that spawn on lakeshore or island beaches and those that spawn in rivers and streams.

“The obvious practical application is in fisheries management,” says study senior author Michael Russello, biology professor at UBC Okanagan. “Until now, it was quite challenging and even impossible, in some cases, to identify these different variants outside the spawning season. But the new genetic markers provide a fast, inexpensive and accurate way to tell them apart.” 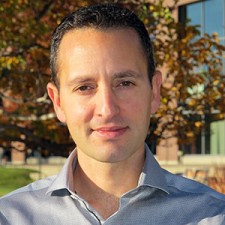 Michael Russello is a biology professor at UBC Okanagan.

The ability for fisheries managers to precisely identify and monitor the abundance of different sockeye salmon populations is important to helping maintain healthy fish stocks, says Russello. The Ecological and Conservation Genomics Lab is working with fisheries managers to help classify kokanee, a freshwater form of sockeye salmon, to more accurately estimate population numbers, an important key in monitoring the impacts of changes to their habitat and hopefully in preventing future declines in the salmon run.

Russello and former UBC Okanagan post-doctoral associate Andrew Veale (now at the University of Otago) studied populations across the range of sockeye salmon in the United States, Canada, Russia and Japan at these areas in the genome. What they found was remarkably consistent genetic patterns for shore- and stream-spawning sockeye, despite spawning locations spanning different continents.

“What’s really exciting are the clues this provides for better understanding the genetic basis of how new forms arise in nature,” adds Russello. “In this case, we can estimate that the different sockeye salmon types diverged some 3.8 million years ago, much earlier than we would have predicted. There is incredible potential here to better understand the complex evolutionary history of this species.”

The study was published in Scientific Reports, an online journal from the publishers of Nature, and was supported by funding from Genome British Columbia, Okanagan Aquatic Enterprises, BC Ministry of Forests, Lands and Natural Resource, and BC Hydro.