Awards for Enactus UBC Okanagan in their first-ever national competition 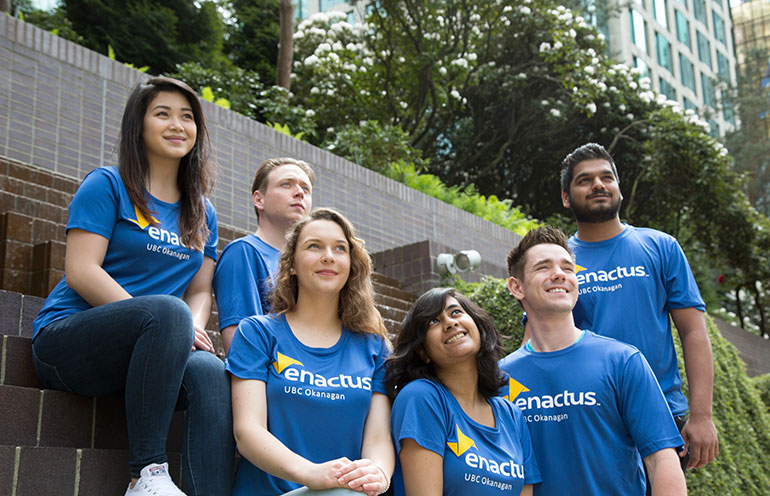 Held in Vancouver, the national exposition allowed all Enactus teams in Canada the opportunity to showcase their efforts throughout the year and to compete against one another in business presentations.

The team had just 17 minutes on stage to present their group’s projects at the national competition. They highlighted two of the three projects created so far:

They were winning ideas.

The team won the Hellman’s Best Project Solution award for their food security project proposal and received the Enactus National Competition Opening Round Runner-Up Award and the National Rookie Champion award as the best new team in Canada.

A third project — not presented at the exposition — is Project FLOW, which involves a smart sensor suite being designed to allow for maximizing irrigation efforts for all farms, big and small.

“At the time of the competition, the team was officially only three months old,” said Enactus UBC Okanagan president and co-founder Erkki Annala, who just completed his first year in the Bachelor of Science in Nursing program.

“We are deeply motivated to make a difference in the world around us,” Annala said. “Our team is led by students eager to leave the comfort of the classroom and apply our growing knowledge to real challenges that affect real people.”