Purple plant is on the defensive 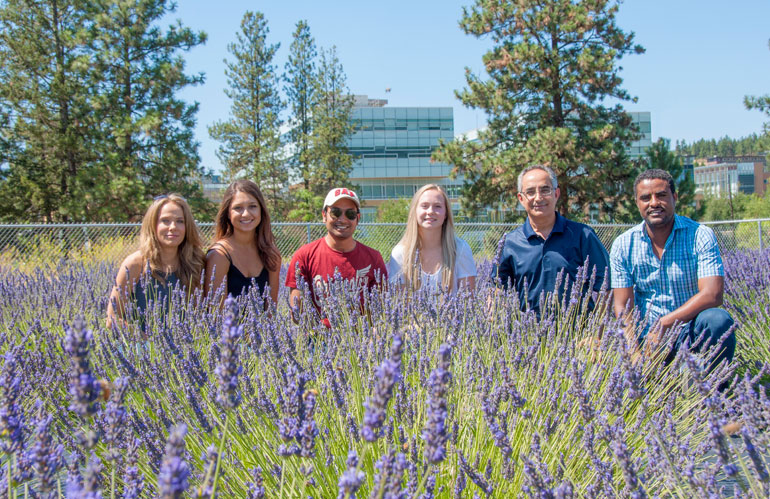 Lavender is more than just a nice smelling and calming plant

While lavender has long been known for its strong scent and soothing oils, a UBC researcher is exploring the plant’s ability to create natural pesticides.

Soheil Mahmoud, an associate professor of biology at UBC’s Okanagan campus, conducts research on organic compounds found in plants—specifically lavender. While lavender is known for its strong scent, and the plant’s oils are said to have a healing or soothing benefit, Mahmoud says lavender has much more to offer.

“Lavender has proven to be very good at protecting itself through production of antimicrobial and anti-fungal biochemical compounds,” says Mahmoud. “One of our goals is to identify molecules that are involved in this natural self-defence.” 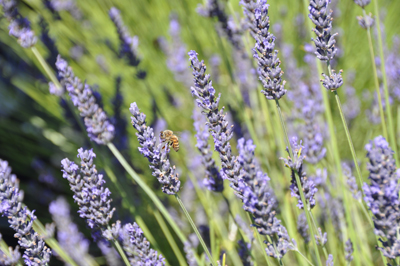 Lavender has a natural ability to attract bees and deter other insects that can harm it.

Using a research field at UBC’s Okanagan campus, Mahmoud and his team of students are attempting to identify, characterize and clone the specific genes that control the defensive properties of lavender. If this is indeed possible, Mahmoud suggests this may have significant environmental implications.

Lavenders produce essential oils, he explains, and these consist mainly of organic compounds, including an antimicrobial and insecticidal monoterpene named 3-carene. In the latest research, students Ayelign Adal, Lukman Sarker and Ashley Lemke isolated and examined the gene and corresponding enzyme that catalyzes the formation of 3-carene in lavenders.

Traditionally, chemical herbicides or pesticides have been used to control fungal growth or pests like insects. But Mahmoud says this method is becoming less and less desirable as many of the pests and fungi have become resilient to the chemicals used, and as consumers prefer food that is untreated or treated with “natural” pesticides.

“We’ve become much more health conscious,” he says. “There are healthier options instead of spraying chemicals on plants; we just need to explore these. Aromatic plants like lavenders could provide suitable alternatives to chemical-based insecticides”

Mahmoud’s research was recently published in the Plant Molecular Biology journal and was supported through grants and/or in-kind contributions by Genome British Columbia, Natural Sciences and Engineering Research Council of Canada, Agriculture and Agri-Food Canada and the BC Ministry of Agriculture.