In a new study published in the Journal of Psychopharmacology, researchers from UBC’s Okanagan campus have discovered that men who have used psychedelic drugs in the past have a lower likelihood of engaging in violence against their intimate partners. 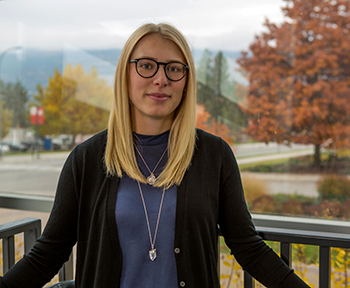 “Although use of certain drugs like alcohol, methamphetamine or cocaine is associated with increased aggression and partner violence, use of psychedelics appears to have the opposite effect,” says clinical psychology graduate student and study lead author Michelle Thiessen. “We found that among men who have used psychedelics one or more times, the odds of engaging in partner violence was reduced by roughly half. That’s significant.”

Psychedelic drugs act on serotonin receptors in the brain. Classic psychedelics include lysergic acid diethylamide (LSD), psilocybin (magic mushrooms), mescaline and dimethyltryptamine (DMT). The effects vary but can produce mystical experiences and changes in perception, emotion, cognition and the sense of self. Classic psychedelics are not considered to be addictive.

“Previous research from our lab that looked at men in the criminal justice system found that hallucinogen users were substantially less likely to perpetrate violence against their intimate partners,” notes UBC professor and supervising author Zach Walsh. “Our new study is important because it suggests that these effects might also apply to the general population”

Thiessen, Walsh and colleagues Adele LaFrance and Brian Bird from Laurentian University based their results on an anonymous online survey of 1,266 people recruited from universities and through social media. Respondents were asked to disclose their lifetime use of LSD and psilocybin mushrooms and then complete a questionnaire that assessed multiple aspects of their emotion regulation.

“Past research found a clear association between psychedelic drug use and reduced partner violence, but the reasons for this effect remained unclear,” says Thiessen. “We found that better ability to manage negative emotions may help explain why the hallucinogen users were less violent.”

Thiessen says that her results could one day lead to novel treatments to reduce violence.

“These findings add to the literature on the positive use of psychedelics and suggest that future research should explore the potential for psychedelic therapies to help address the international public health priority of reducing domestic violence.”