From Australia, Asia (and a few spots in-between) to academia 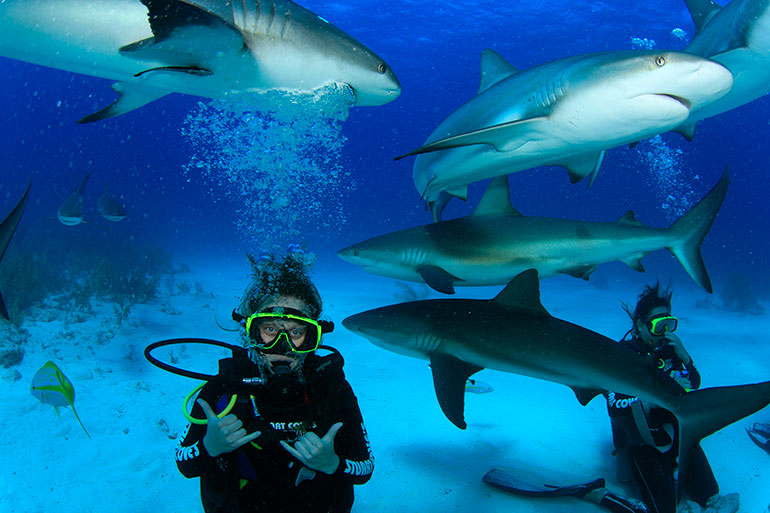 Ashley Kerik has always had itchy feet. Since graduating from high school, she approached the world as one big laboratory, where new discoveries were just around the bend.

Kerik spent seven years touring much of the globe on both land and water. She concluded her travels with the realization that an academic background would enhance and give meaning to her wanderings.

Just when her peers were donning caps and gowns to celebrate their convocations, Kerik traded in her flippers for textbooks and entered her first year at UBC’s Okanagan campus. Despite temptations, she stayed in Kelowna long enough to complete her studies and this week will be awarded an Honours Bachelor of Science degree with a major in zoology from the Irving K. Barber School of Arts and Sciences.

“I am a bit of an adrenaline junky, but I always knew I would continue with my education,” admits Kerik. “I feel my travels really helped me narrow-in and decide on what topics I wanted to study.”

The Manitoba native discovered a love for everything marine during her time in Australia and Asia and had her eye set on spending time at the Bamfield Marine Sciences Centre. For her UBC experience, the Okanagan campus was the only choice.

“I knew exactly where I wanted to go,” she says. “UBC is world-renowned for its research and at the Okanagan campus I felt I could thrive in an intimate and supportive environment.”

Kerik embraced campus life and that of the community. She was one of the UBC Okanagan Wildlife Society Club founding members and found time to be on the board of directors of the Kelowna Ultimate Players Society. Although dedicated during the school year, her wanderlust took over in the summers and Kerik spent time in Haida Gwaii and studying at the Bamfield centre.

Through perseverance and dedication, she completed an honours thesis with Biology Professor Ian Walker. During this time, she could be found on the water looking for freshwater sponges. She identified five new species living in the Okanagan.

“It was relatively easy for me to do well, because I had the passion and drive to do so,” says Kerik.

She agrees that it wasn’t always easy being a full decade older than her classmates, but for her this provided a learning opportunity. She found it enriching to listen, provide guidance and compare life experiences with her classmates.

At the same time, fieldwork and environmental issues were always common ground with her peers.

“Ashley has a real zeal for exploring the natural world,” says Laura Hooker, Kerik’s mentor and biology professor. “This was clearly evident in my “Flora and Fauna of Inland Waters” course where she was like a ninja with a dip net. Her unbridled enthusiasm, and good eye for identification, made it a joy to grade the collections she prepared.”

Kerik strongly believes that to survive and prosper, the world needs healthy water.

Through her initiatives, she’d like to promote global responsibility for these bodies of water. There is a sea of possibilities open to Kerik but as a next step, she plans to attend graduate school to study and identify the presence of river sharks, using environmental DNA as a marker.

Her dream job is to bring the mystery and awe of the undersea world to individuals who have never had the opportunity to visit them. In her view, the best way to save the oceans is to educate people about what might be lost if they are destroyed. 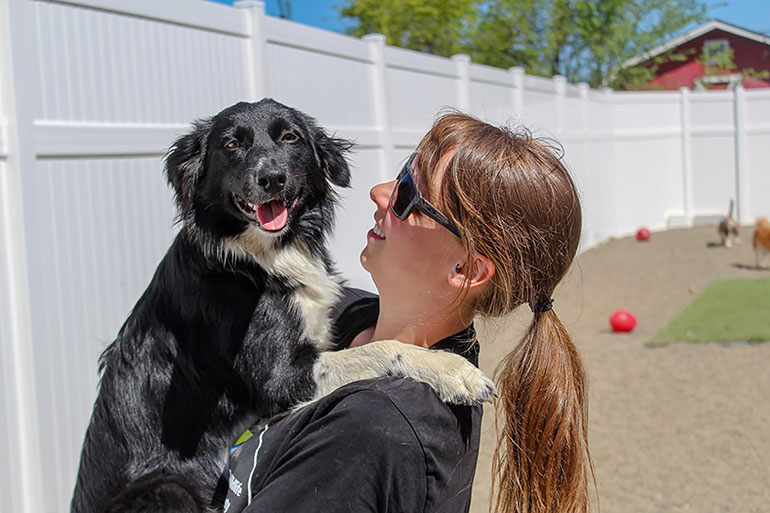 Zoology grad Ashely Kerik has a passion for all animals.