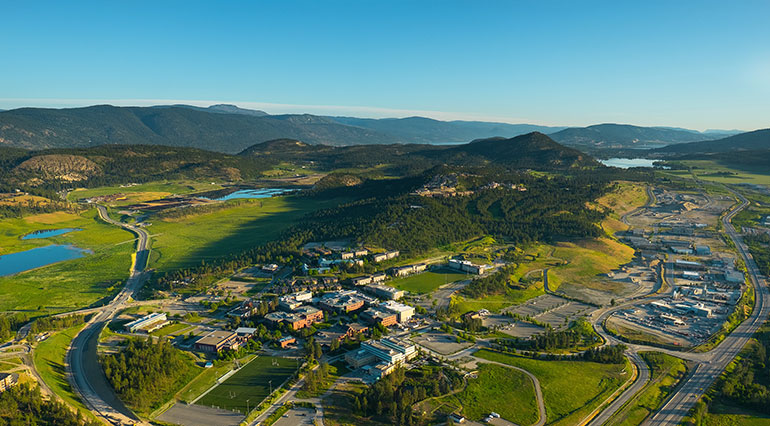 The City of Kelowna celebrated the opening of John Hindle Drive, the newest western access route to UBC’s Okanagan campus, in an official ribbon cutting ceremony on September 7.

Located on the western edge of campus, the 1.8 kilometre John Hindle Drive expansion connects Glenmore Road with UBC Okanagan and Highway 97, as well as providing a new access for cyclists, pedestrians and vehicles. The project includes a separated multi-use pathway and a pedestrian footbridge to allow safe passage for students, faculty and staff commuting from the neighbouring communities.

“The entire north end of Kelowna will benefit from the improved access created by John Hindle Drive, the multi-use pathway, and the pedestrian bridge,” says Rob Einarson, Associate Vice-President Finance & Operations at UBC’s Okanagan campus. “This is a very welcome improvement for not only our campus but also the Airport Business Park, Kelowna International Airport, UBC’s planned Innovation Precinct and the rapidly growing residential neighbourhoods around us.”

The new expansion is an important development for a campus that itself continues to grow. With UBC Okanagan expecting the highest student population in its history this year, Einarson says growth and development are common threads throughout the university and ones that mirror the growth of the entire region.

“We’ve already had an extraordinary week welcoming a record 9,945 students to campus, up about 900 from last year and nearly triple from when we first opened our doors in 2005,” he says. “We know that our students, faculty and staff have a variety of options of where to live in the Okanagan and now have improved options for getting to campus, including shorter and safer commutes for vehicles, as well as improvements to public and active transportation.

Einarson is quick to point out that the new infrastructure was made possible thanks to an investment of $11 million from local, provincial and federal governments.

“Our entire university is thankful to the Government of Canada, the Province of British Columbia and the City of Kelowna for their partnership and commitment to these initiatives,” he adds.

“A vision that had its origins decades ago is now a very important reality.”

A full summary of the transportation changes and options for getting to and from UBC Okanagan can be found at: transportation.ok.ubc.ca 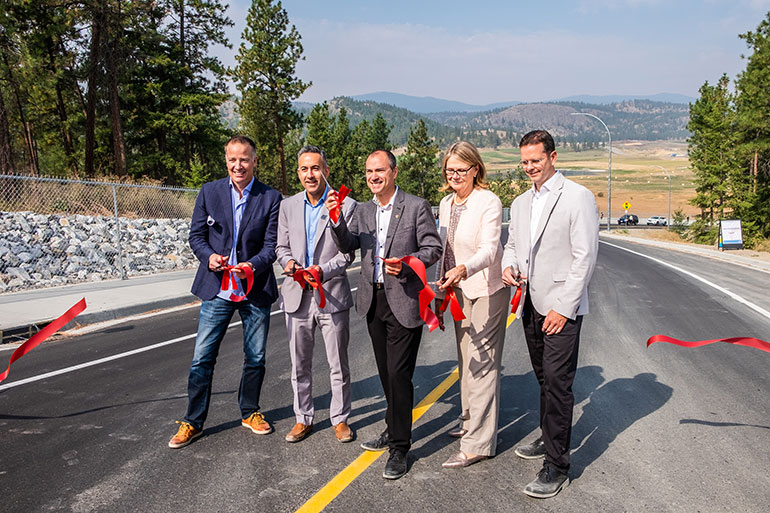