Artificial anti-oxidant may be the next go-to supplement

Naturally-derived anti-oxidants have become the ‘it’ health ingredient to look for in food. But researchers from UBC Okanagan and the University of Bologna have discovered that TEMPO—a well-known artificial anti-oxidant—is up to 100 times more powerful than nature’s best and could help counteract everything from skin damage to Alzheimer’s Disease.

Free radicals are highly reactive molecules that are naturally present in the body and are created during routine natural processes like breathing, according to UBC Okanagan Chemistry Professor Gino DiLabio and study co-author. 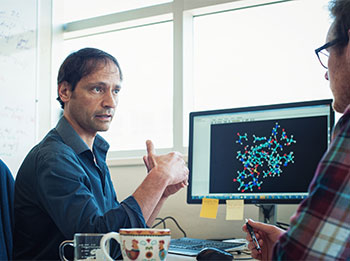 “Free radicals are a natural part of human metabolism. But when our bodies have too many, like when we’re exposed to UV radiation from the sun, when we smoke, or even when we drink alcohol, it can be a problem,” says DiLabio. “These extremely reactive molecules can damage cells or DNA and can contribute to many different diseases, like Alzheimer’s, and some researchers think they may even be responsible for aging.”

While the body already has its own chemical defenses against free radicals through vitamin C and vitamin E, DiLabio and his colleagues wanted to know how a human-made anti-oxidant called TEMPO would perform.

To explore the idea, the researchers used a mimicked cell environment to test how effective TEMPO was in converting free radicals to non-harmful molecules compared to vitamin E.

“We were surprised to learn that TEMPO was up to 100 times faster at converting free radicals than vitamin E in fatty environments,” says DiLabio. “That means that it could be a particularly effective means of protecting skin tissues or even the walls of cells from radical damage.”

Dilabio says that the study may lead to the development of a pharmaceutical therapy to help prevent free radical damage.

“I could see this leading to the development of a topical cream to protect your skin after exposure to the sun or even a pill that could protect your neurons from getting damaged. The possibilities are very exciting.”

The article was published in the Journal of the American Chemical Society with funding from the National Sciences and Engineering Research Council, Canada Foundation for Innovation and the BC Knowledge Development Fund.